Warning: There is an apparent problem with Copay that has led to multiple reports of missing funds. The wallet should be considered insecure until this issue is resolved. See the end of this article for more details.

Atlanta-based BitPay was founded as a cryptocurrency payment service in 2011. At a time when many businesses were competing to be the first in their industries to implement Bitcoin—which often led to sales rushes—BitPay’s payment gateway made it easy for the service to accept Bitcoin. BitPay was also among the first payment services to allow the automatic conversion of a specified percentage of received BTC into fiat.

BitPay’s convenience and reliability during a time when companies were keen to experiment with Bitcoin but struggling to implement it led to its becoming a popular and much-emulated service. The Bitcoin ecosystem has changed dramatically since 2011, however, and businesses that are serious about Bitcoin have largely implemented their own payment solutions (if only to save the 1% fee BitPay charges on each transaction processed over 30 per month). 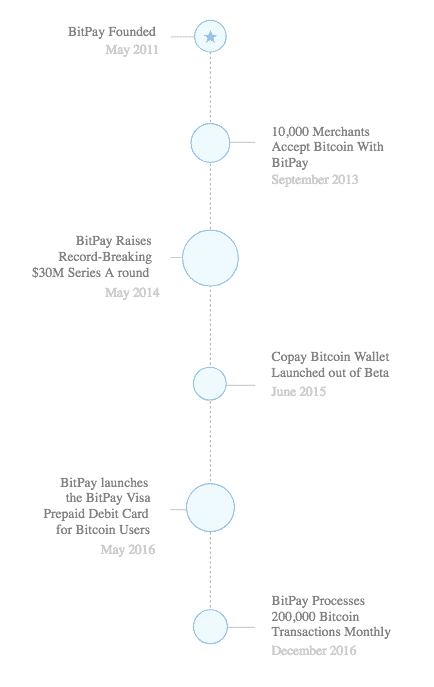 Absent from the timeline above are three important events:

BitPay launched its Copay wallet in mid-2015. It’s a light (i.e., Simple Payment Verification or SPV) wallet, which means that it doesn’t download the full Bitcoin blockchain for verification. Instead, it relies on third-party servers for information.

Copay allows for the creation of multiple accounts within a single wallet. You can create separate accounts for business and personal use, for example. 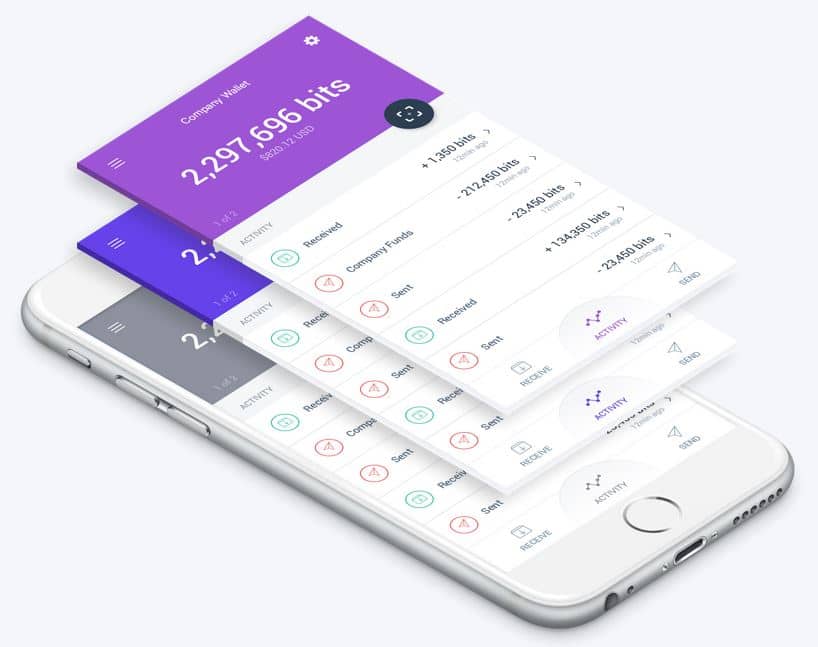 Copay is an HD (hierarchical deterministic) wallet. This is a fancy way of saying that you back up your wallet by recording and storing a random series of words known as a seed phrase. This seed phrase allows you to generate a very large amount of private keys and addresses.

This is also more convenient than backing up a digital file, as your seed phrase may be recorded in a durable physical format (such as steel).

Copay allows for the creation of multi-signature accounts. Such accounts may only spend money with the approval of multiple parties. This is useful for creating the Bitcoin equivalent of joint bank accounts. Spending requires authorization from either all or a certain number of parties depending on how the wallet is configured.

All of Copay’s wallet and server code is public. This allows any interested party to inspect, review, and improve the code, leading to a far more trustable wallet than those that contain closed sourced code (most multi-wallets, for example).

Copay has an attractive and intuitive UI. It displays prices in 150 different currencies and has support for multiple languages.

Chrome versions of the Copay wallet allow for integration with a hardware wallet—the most secure and convenient way to protect the private keys that control your coins.

There are several wallets, such as Electrum, that have all of the above seven features and more—so what makes Copay special? Previously, we could have cited Copay’s in-wallet facility for coin purchases, but this is no longer available following Visa’s withdrawal of support. BitPay is seeking to establish a similar partnership with another payment service at the time of writing.

The Copay wallet’s integration with BitPay services is probably its main selling point. For example, the wallet will verify the address of a merchant using BitPay’s service, which can prevent misdirected payments. There are many such merchants, so this can be a useful feature for those who don’t regularly (or obsessively) check payment addresses.

Technically and design-wise, Copay appears sound. However, BitPay’s unfortunate foray into Bitcoin politics has greatly damaged trust in its wallet. Copay was delisted from Bitcoin.org’s list of trusted wallets for endorsing the BTC1 hard fork as “the real Bitcoin.” The BTC1 hard fork eventually failed for both political and technical reasons.

That BitPay advised its wallet (server) users to switch over to rushed, untested code that ultimately failed to activate is disturbing, to say the least.

There have also been multiple reports of an issue leading to missing funds (2) (3). This is an extremely serious matter for any wallet—whose primary function it is to securely store value.

Conclusion: Is Copay a good wallet?

If we were to look only at its features, Copay would be a solid choice for a wallet. However, today there are alternatives that supply similar features without the politics that accompany Copay. Also, until the missing funds issue is resolved, it’s hard to recommend Copay as a solid choice.

Since BitPay is considered a veteran in the Bitcoin ecosystem, it will probably address these issues in the near future. Until then, use Copay cautiously and definitely not for large amounts of money. 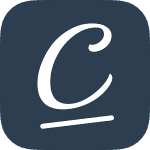