Skip to content
You are at: Home » Coinbrief » Bitcoin » Bitcoin's Place in the Coming Economic Crash

The crash is coming. The end is nigh.

The cheap money policy of the Federal Reserve has set America, and the rest of the world, down the path to economic disaster and hyperinflation.  This will result in the collapse of the entire monetary system as we know it. If these policies, rife with Quantitative Easing and “stimulus,” continue to prevail, the macroeconomy will eventually end up in chaos. We will see the worst economic depression in the history of the world.  It will be even worse than the American Great Depression. Hunger, starvation, poverty; all of these things will become the new status quo in post-crash America. Other than ending the current Fed policies, which seems very unlikely, there is no way to avoid this imminent crisis.

Can Bitcoin Stop The Collapse?

With Bitcoin, and the fact that it’s creation is limited by mining, we now have a way to circumvent government manipulation of the money supply and invest our capital in new businesses and technology that will produce strong, authentic growth in the markets. By adopting Bitcoin, the United States, along with the rest of the world, can avoid this seemingly inevitable disaster altogether. In order to understand how Bitcoin has the potential to halt the ever-accelerating bust in its tracks, we must understand the nature of business cycles; knowing how business cycles are formed and how they effect markets will give us insight as to how central banking policies will bring about a complete collapse in the global monetary system. Understanding the causal relationship between central banking and business cycles will allow for an in-depth elucidation of the economic theory behind Bitcoin’s gradual supplantation of government-based paper money. 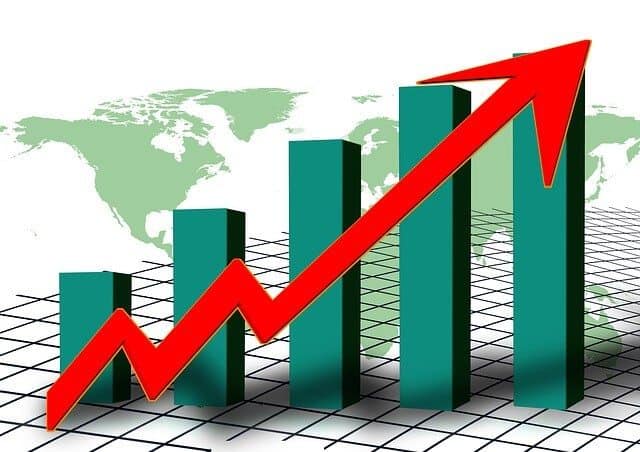 The Nature of Business Cycles

What are Business Cycles?  And How Does Bitcoin Fit In?

Business cycles come into existence as a result of  central bank-induced inflation of the money supply. Generally, these bureaucratic agencies implement inflationary tactics with the goal of producing economic stimulus and thereby accelerating growth. Inflation usually begins with an issue of paper money from the central bank, which goes into the reserves of the individual private banks. These private banks are then able to lower their interest rates and increase their issuance of credit.

This newly issued credit then makes its way into circulation; investors take out loans to start new business or to open up entirely new markets. Because of these low interest loans, entrepreneurs are able to exponentially expand their projects, thus creating massive growth in the markets. However, these new investments are often malinvestments. These new, credit funded ventures cannot exist without the cheap money provided by the central bank because they have no substantial market demand.

This lack of demand does not slow down investors while they have access to easy money, however. They follow the “if you build it, they will come” mantra and infinitely expand their businesses. They open new stores, hire new employees, and start-ups eventually go public; a start-up’s credit-funded growth creates the appearance of a booming enterprise and investors practically throw money at it when it begins to be publicly traded on the stock market. All of this growth in business comes from the central bank’s injection of money into circulation. However, the prosperity doesn’t last forever.

As the inflation flows through the economy, it stimulates demand and consequently raises prices. Because of this upward pressure on prices, there will come a point where the increase in prices level out the purchasing power of this newly-issued money and interest prices will raise to their pre-inflationary level. After the market finishes adjusting to inflation, those new businesses who emerged as a result of inflation and have no real profit potential begin to falter due to the fact that there is no longer an availability of cheap credit. Companies are forced to lay employees off, cut expenses, or cease operations all together because the extra money they had now has a smaller purchasing power.

Bitcoin fits into this during the crash, as it can be the saving grace. 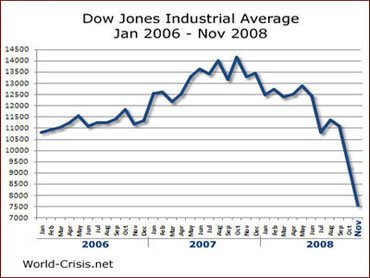 Bitcoin and the Crash

This sharp decline in the economy, which came from a raise in interest rates, is known as a recession. Central banks take notice of this economic degradation and start creating new money with the hope of achieving economic recovery, and maybe even growth beyond what was reached in the last cycle of inflation. The process starts again; new businesses emerge, jobs are created, prices go up, interest rates go up, and companies start shutting their doors. This scenario is a basic explanation of a business cycle and it is what has been happening in America, as well as the rest of the world, ever since the advent of central banking. We are currently in the inflationary stage of one of these business cycles, and the crash is inevitable.

Unfortunately, at some point hyperinflation will set in, and our money will become completely worthless, which will bring about the collapse of the entire monetary system.  When this will happen, be it tomorrow, or 10 years from now, cannot be predicted. However, Bitcoin has the potential to move us away from this nightmare-like situation, thanks to the fact that Bitcoin’s price should show the inverse of the inflation, and Bitcoin cannot be manipulated like a fiat currency. 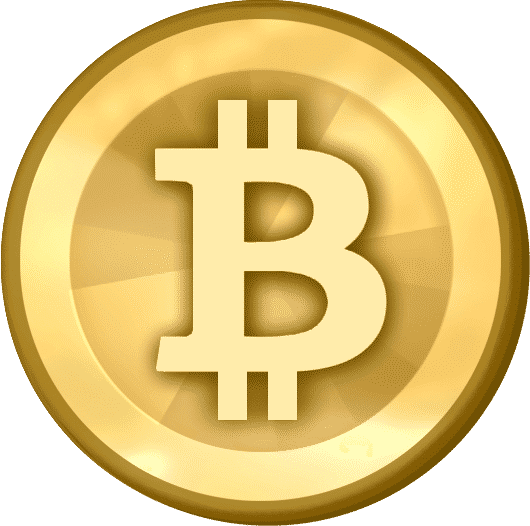 So, How Exactly Can Bitcoin Save Us?

Bitcoin takes the manipulative power away from central banks, or private banks for that matter. It is a completely decentralized, peer to peer currency; Bitcoin requires no middle man to make payments, as Bitcoin miners handle that in a peer-to-peer fashion, and money goes from one individual to another virtually cost-free. Most importantly, Bitcoin has scarcity hard-coded into the protocol. What does this hardwired scarcity mean? It means that the currency can never be artificially inflated by any financial institution. The only time Bitcoin can experience a depreciation in its value is when individuals begin to value it less, and that is completely fine. Individual valuations are the foundation of the market economy. Something will only succeed on the free market if it provides the most satisfaction for individuals. The only time a depreciating currency becomes a problem is when individuals are forced to accept it as money, and that is precisely what happens with government paper money.

These decentralized characteristics of Bitcoin, and mining (or even minting, as with some altcoins), hold the answer to how the crypto-currency can remove us from government induced business cycles. And it is actually very simple. These anti-manipulative characteristics of Bitcoin will create a macro economy judged by the free play of the market, which are put into motion by individual wants and needs. As it becomes more widely accepted, Bitcoin will render government issued money useless, and could potentially completely replace it altogether. This supplantation would completely strip the world governments of their power to create business cycles. Why? Because we are only connected to governments by the money we use.

If we use a money that can’t be controlled by government, then government can’t exert any substantial control over the economy. Once that point of monetary decentralization is achieved, governments will no longer be able to direct markets. They will only be able to participate in them at the same level as any other firm competing in a free market. If governments can’t compete on this decentralized market, they will be rendered irrelevant. This shift in the markets will force governments to become more representative and provide services that we actually value; or, depending on your ideology,  this decentralization will make the deterioration of governments inevitable. Either way, Bitcoin can break the chain that links us to government created business cycles. The only thing standing in the way of this liberation is the acceptance of Bitcoin by the general public. This currency has already started proving its merits and its user base is growing every day.

Will Bitcoin prevail, or will the status quo stay in tact? That is up to us.