Skip to content
You are at: Home » News » Adoption » Bitcoiners smash their iPhones after Apple says ‘no’ to Blockchain’s app [UPDATED]

The US Department of Justice (DOJ) won’t act against Apple for its recent decision to ban Bitcoin apps from the App Store. Despite the controversy caused by the removal of Blockchain’s wallet app, the department “determined that the information provided does not raise antitrust issues that warrant further review by the Division”.

Apple has never been Bitcoin-friendly, but removing Blockchain’s wallet from the App Store was apparently the last drop. The cryptocurrency community has decided to show its disgust regarding the company’s decision and smashing iPhones is turning into the ultimate craze.

The North-American giant removed the app belonging to the world’s biggest Bitcoin wallet service from its iOS App Stores this Thursday (6). The decision left all iPhone and iPad users with no native wallet options for these devices. And, according to Coindesk, Apple didn’t even offer an explanation or option to appeal. The company merely said the removal was due to “an unresolved issue”.

Still, this verdict doesn’t come as a full surprise after Apple’s recurrent decisions against any Bitcoin-related app or service. Other applications from companies like Coinjar or Coinbase were also previously cut off from the iOS online store.

“These actions by Apple once again demonstrate the anti­-competitive and capricious nature of the App Store policies that are clearly focused on preserving Apple’s monopoly on payments rather than based on any consideration of the needs and desires of their users”, read a statement released by Blockchain.

[The app] had no customer complaints, and a broad user base. The only thing that has changed is that Bitcoin has become competitive to Apple’s own payment system. By removing the Blockchain app, the only Bitcoin wallet application on the App store, Apple has eliminated competition using their monopolistic position in the market in a heavy handed manner.

The users who had already downloaded the wallet can continue to use it, but is not possible to update the application from now on. Also, a device reset will erase the app for good. 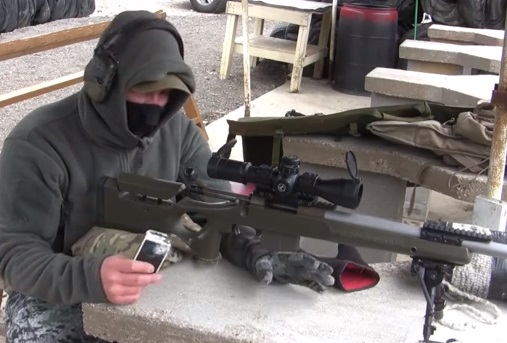 As a result, several Apple fans – probably now former fans – have been destroying their iPhones and publishing the videos on Youtube. From big knives to rifles, the videos portray a few original ways to smash the “anti-Bitcoin smartphone”, like some Bitcoiners now call it.

You can watch a compilation of different videos made by the Redditor ‘4Gman’ here.

It is possible to notice some users saying “this is a game changer in Apple’s decision”, one that the Bitcoin community will not accept lightly, or that this decision is unacceptable coming from a company that defends evolution.

Some of these users also reveal they are planning to exchange their Apple device for Google’s Nexus 5.

After Apple’s decision was made public, the Dogecoin movement decided to join the pro-Bitcoin campaign. The e-commerce platform shopDOGE announced it will stop selling all Apple products that were available at the store.

Dogecoin’s subReddit is now hosting support messages written by users like “Apple needs to go watch their own original 1984 Macintosh commercial. They have become the regime with the control and mindless followers and we need to be freed from them. Dear Apple, it’s not going to be like 1984, it’s going to be like 2014” or “Someone needs to re-make the 1984 commercial, with Apple as Big Brother and Bitcoin/Dogecoin as the one rebelling”.

In the meantime, the Australian platform Millennius has halted all iPhones sales, protesting against Apple’s decision. The company, which is also a major Bitcoin proponent, decided to suspend sales of the smartphone’s current versions (4, 4s, 5, 5c and 5s) “until Bitcoin wallets allowed are back on the Apple app store”, reads an excerpt of a statement, quoted by Coindesk.