Skip to content
You are at: Home » News » Bitcoiners get their own holiday shopping extravaganza: Bitcoin Black Friday is almost here

Take your wallet out and prepare yourself to spend your Bitcoins during the next Friday, because cryptocurrency is having its own Bitcoin Black Friday, set to happen on November 29.

This community event, the first in the history of the virtual currency, was created to help the consumers spend their Bitcoins on useful items that can be offered during the holidays.

On November 29, Bitcoin takes holiday shopping by storm, with the best deals for Bitcoin users, and easy ways to buy all your presents and give to charity with the new, world-changing digital cash.

Besides, this will also be great for the merchants, who get recognition and new customers. The sellers are expected to announce good deals on the initiative’s website. 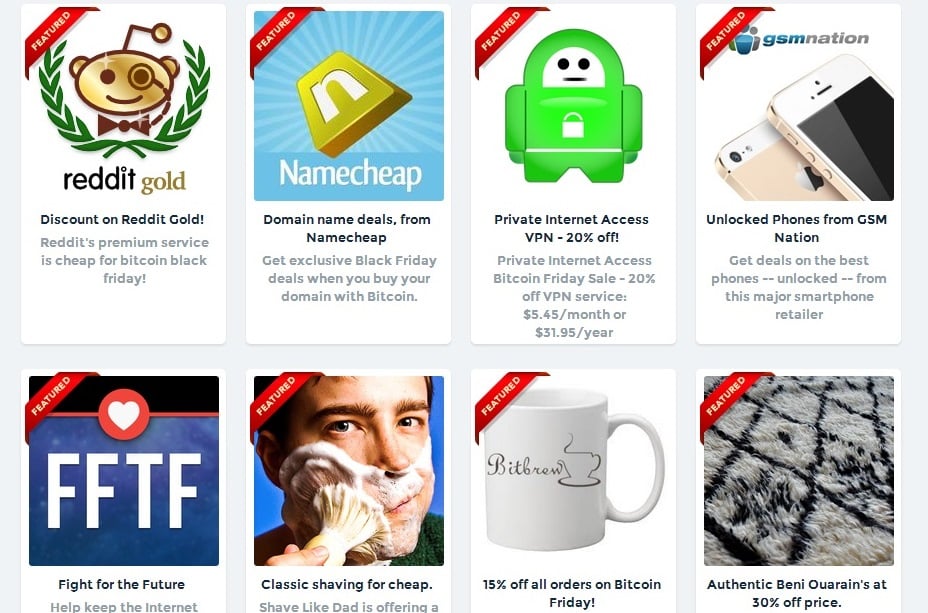 To be a part of the first Bitcoin Black Friday, the Bitcoiners only need to sign up on the site and they will receive an email warning them about the beginning of the shopping spree. It’s equally simple for the merchants, who only have to sign up and register their deal through a form. It’s quick and free, according to the promoters of the event.

The forecasts point to hundreds of good deals proposed by merchants from the entire planet. Famous brands and services like Reddit, Gyft or the Bees Brothers are already part of the list.