Skip to content
You are at: Home » News » Opinion » The Bitcoin Universe – Which Bitcoin character are you

Every universe has its characters. The Star Wars universe has Jedi knights, imperial soldiers and Wookiees. The Lord of the Rings universe has warriors, magicians and thieves. Each character has a specific role to play that keeps that universe in balance, and the Bitcoin universe isn’t that much different.

The Techy is usually a hardcore programmer, when he looks at Bitcoin he sees the Matrix. He understands what it is, how it’s built and the algorithms that power it. He can explain to you the protocols that are used to perform transactions and the different encryptions are used throughout the process. The Techy has an important role since his kind created Bitcoin, and without him there would be no universe. 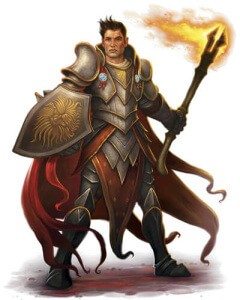 After the Techy comes the Trader. The Trader sees Bitcoin as an investment instrument. He understands the Techy’s vision but also looks at Bitcoin from a trading perspective. He knows how to analyze its fluctuation in price, he tries to predict where the Bitcoin will go next. If Techies created the Bitcoin universe then the Traders are its engine. They are the ones that influence exchange rates and volumes of trade. Without the Trader the Bitcoin would still be another crazy idea that no one acts upon.

The Hustler spots the business opportunity in Bitcoin. He sees the Trader at work and understands that a new market is emerging. The Hustler will come up with different business ventures and startups related to Bitcoin. He will setup websites to monetize on the idea. While his friend the Trader is busy “looking for gold” he will be focused on “selling him a shovel”. The Hustler plays an important part in the Bitcoin universe since he is the only character that conveys the idea of Bitcoin to the new users in an easy to grasp way. This is due to the fact that he is a salesman in nature, and as a salesman he understand that the idea of Bitcoin has to be simplified to the public.

One out of two groups of Users. The merchant allows the word about Bitcoin to spread as he allows it as a form of payment in his store. The merchant’s role is crucial since without him there will be no Buyer and therefor no justification for the existence of such a currency. The Merchants are what gives Bitcoin it’s actual power – the ability to be worth something.

Each person who uses Bitcoins to purchase goods is considered a buyer. This could be a visitor on an e-commerce site such as BitMit or someone who’s trying to get firearms or drugs illegally. The Buyer validates the power the Merchant dictates for the Bitcoin by choosing it as his currency. Although Buyers and Merchants seem like “plain” characters, without them there would be no Bitcoin. 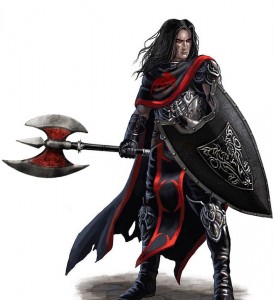 The Skeptic is basically a douchebag. Not because he’s a bad guy but mainly due to the fact that he criticizes Bitcoin without actually knowing what it is or even trying to use it. Skeptics will usually make uneducated statements such as “Bitcoins will fail because they are illiquid” or “Bitcoin will fail as a currency because the supply is inherently limited”. But the Skeptic also has a role in the Bitcoin universe, he helps us understand what people are afraid of. The one who benefits the most out of the Skeptic’s work is the hustler, which understands what are the common objections to the currency and finds way to neutralize them.

Finally we come to the traditional institutions. The banks, the governments, big corporations, everything that moves slowly and hates change. They are the probably the toughest opponent the Bitcoin evangelists face and if they will be beaten then Bitcoin would win. The power of these institutions is strong and they can do all sorts of nasty stuff from banding the use of Bitcoin all the way to just not allowing you to transfer money to Mt.Gox (true story).

So there you have it, the complete Bitcoin universe with its diverse characters. Have ideas for new characters ? just post them in the comments below.

4 comments on “The Bitcoin Universe – Which Bitcoin character are you”