Ethereum – Leaving the Bitcoin Blockchain Does Have Advantages 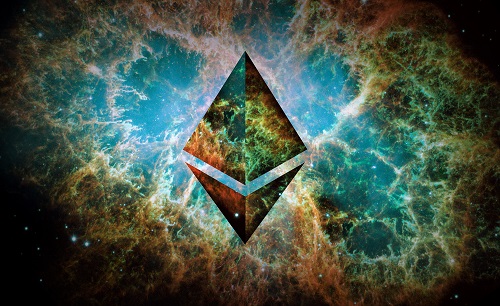 Many are surprised that Counterparty managed to implement smart contracts using Ethereum’s own codebase, pythereum.  However, users should pay attention to the last part of that sentence.  The codebase, pythereum, was already available, and had been developed for Ethereum.  The reason Ethereum is not available to the public today is not because they have not developed the software necessary for smart contracts, but because Ethereum is working to create a completely new type of blockchain.

Originally, Ethereum itself was to be built on top of Primecoin.  Vitalik Buterin, the author of Ethereum’s whitepaper, and the first developer to work on the Ethereum project, recently put out a response to Counterparty’s integration of smart contracts, and explained why he chose to move toward an independent blockchain.  More accurately, he pointed to a whitepaper he released in January that outlined the perceived advantages of creating an independent blockchain for this system:

The advantage of a metacoin protocol is that it can allow for more advanced transaction types, including custom currencies, decentralized exchange, derivatives, etc, that are impossible on top of Bitcoin itself. However, metacoins on top of Bitcoin have one major flaw: simplified payment verification, already difficult with colored coins, is outright impossible on a metacoin. The reason is that while one can use SPV to determine that there is a transaction sending 30 metacoins to address X, that by itself does not mean that address X has 30 metacoins; what if the sender of the transaction did not have 30 metacoins to start with and so the transaction is invalid? Finding out any part of the current state essentially requires scanning through all transactions going back to the metacoin’s original launch to figure out which transactions are valid and which ones are not. This makes it impossible to have a truly secure client without downloading the entire 12 GB Bitcoin blockchain.

The most important idea here is that building on top of Bitcoin makes it very difficult to use a light client.  According to Buterin, this makes integration with phones, tablets, etc. potentially insecure.  He also explained his later realization that:

by making an independent blockchain allows us to experiment with stronger versions of GHOST-style protocols, safely knocking down the block time to 12 seconds.

After this point, his post on the Ethereum blog dives into some much more difficult to grasp ideas, which are unlikely to be implemented into the initial release of Ethereum.  That being said, he may have a point.  If it truly is shown to be overly difficult, or impossible, to safely integrate systems that utilize smart contracts with phones and tablets, or if a blazingly fast block speed of 12 seconds is part of Ethereum’s initial launch, then Ethereum may prove to be the superior choice.

However, at the moment, no one knows how successful Ethereum will be in the long run.  The development team certainly has enough funding to create something amazing, but until it is completed, we will not know what advantages this new blockchain will actually bring.