Skip to content
You are at: Home » Coinbrief » Bitcoin » On Bitcoin and Fear

Disclaimer:  The opinions expressed by the author do not necessarily reflect the opinions of Coin Brief.

As Bitcoin continues to grow in popularity, it is rapidly leaving behind the crypto anarchist movement that spawned it. This is the standard process whereby innovative enterprise becomes mainstream institution. In the absence of regulation the door is open to all manner of scams designed to part you with your bitcoins. While it is easy to simply shrug and say the victims deserve their fate because they were foolish and unwary, that attitude is both counter-productive and pretty condescending. Yes, some cons are pretty obvious, but the long con works on gaining the mark’s trust by operating in a completely straightforward fashion to gather the largest amount possible before closing up shop and disappearing with the money. Drug bazaar Atlantis is a good example of that, while Silk Road 2.0 serves as a counter to it. And then there are situations like Mt. Gox that are either incidents of colossal fraud or staggering incompetence. Either way, Karpeles is walking free and getting paid, while everyone else is getting hosed.

Those are very real concerns that need to be addressed in order to promote widespread acceptance. And these are often the reasons given by authoritarian regimes like Russia and China when they ban businesses from trafficking in crypto. Despite the fact that these regimes have a tendency to own the banks, it is difficulty to argue they don’t have a point. And that is why Ben Lawsky of New York’s Department of Financial Services has unleashed proposed regulations that would effectively cripple bitcoin start-ups by requiring insanely detailed record-keeping and reporting of every transaction that occurs, all in the name of preventing money laundering, and the financing of criminal enterprises like drug cartels, human trafficking, and terrorism.

My colleague here at Coin Brief, Sean Vince, recently reported on this development as well, and he is convinced that the regulations will be rejected because the requirements are onerous and burdensome. While I certainly hope he is correct, I’m not certain they will be. And I’m further certain that these regulations, when the final draft is accepted, will be slanted very heavily against small bitcoin operators. On my own blog I posted a video of Andreas Antonopolous at Dogecon SF back in April when he spoke passionately and earnestly about the plight of migrant workers who pay ridiculous transaction fees in order to send money home to their relatives. I encourage you to take the time to watch the video before you continue this article.

Do you honestly think that the institutions he referred to are going to idly accept the loss of $50 billion a year?  What about all the other fees they stand to lose with the rise of crypto currency?  Do you think they are going to just shrug and go silently into the night?

I don’t. In fact, I think that they are going to fight tooth and nail to suppress or subvert bitcoin at every opportunity. Capital One, for instance, has been on a headhunt lately for high-quality programmers with an interest in cryptocurrency. There is also the matter of Bitcoin Foundation director Brock Pierce publically working on a Bitcoin rival Realcoin, a crypto backed by the US dollar. I imagine this would tickle the existing financial system pink since they already control the US dollar completely.

Crypto is the way of the future, there is no denying that. Since Nixon decoupled the US dollar from a physical commodity (officially, anyway) money has become a figment of the collective imagination. After the deregulation of the financial industry with the repeal of Glass-Steagall and the introduction of the Commodity Futures Modernization Act, money has become a drunken delusion as the banks have run amok. From bankrupting entire counties, to laundering drug money, all the way up to blatant commodities price manipulation, there is nothing the banking industry won’t do in order to generate a profit. 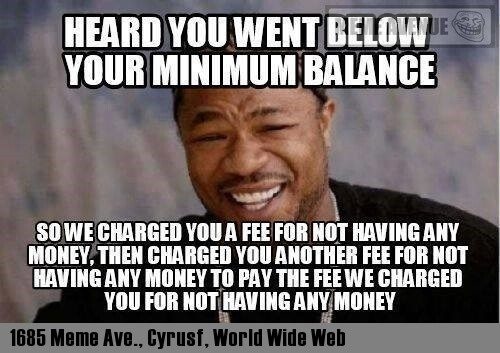 Crypto currency is a clear and present danger to that system, but since it cannot be stopped it must be controlled. And anyone who doubts the ability of the financial industry to influence global financial policy is sadly mistaken. In the HSBC case I mentioned earlier, they were fined a mere five weeks of income. In the case of the outrageous fraud that bankrupted Jefferson County, Alabama, not a single person saw jail time because the US Department of Justice is worried about having a chilling effect on financial innovation because that is what the world really needs. So forgive me for not believing that plucky young upstart Bitcoin is going to triumph against the entrenched industry. I am aware that the Bitcoin Foundation has purchased the services of Thorsen French Advocacy, a very expensive lobbying service, but it remains to be seen how effective their efforts are.

The problem, however, is that people who oppose Ben Lawsky and his regulations are going to have to explain how they do not share the values of Cody Wilson and Amir Taaki of Dark Wallet. It’s no longer enough to say “Well, the Silk Road really put bitcoin on the map, but those days are behind us!” because these guys are straight-up advertising the desire to sell drugs and weapons in total anonymity because fuck it, why not?  Wilson, a law school drop-out, doesn’t seem to really have a firm grasp on legal issues, which is surprisingly common where Bitcoin is concerned.

Even if Wilson and Taaki are not arrested and charged with criminal intent, which under the PATRIOT Act is a very real thing for them to be afraid of, there is no reason to believe that the US government is going to just shrug and say “Well, it’s the Will of the Free Market, right?” and ignore this situation. There are entire divisions of the government that exist solely to prevent those activities from happening and they are made up of people with mortgages, car loans, families to support, and some even possess the belief that they are right and that drugs should be illegal.

And then there is the problem of securing the network.

In a perfect illustration of the Free Market at work, and how the People respond to it, Ghash.io briefly gained control of 55% of the Bitcoin network and the cryptosphere lost its goddamn mind. Despite the fact that Ghash issued a public statement announcing their intentions were purely honorable, and them never actually doing anything underhanded, there were a rash of postings on different internet forums and message boards decrying this state of affairs.  Ghash was even blamed for a minor drop in Bitcoin’s price, because we all know that Bitcoin has been on a steady, consistent price rise for its entire history (aside from the Mt. Gox disaster) and therefore any price drop had to be caused by Ghash.

And it wasn’t just Ghash who was trying to explain that this wasn’t a significant problem, either. And yet, the fear is still so persistent that Ghash recently committed to restricting itself to 40% of the network hashrate. It does not, however, mean that Bitcoin is safe. It is far from it.

Despite the rhetoric that the NSA doesn’t spy on US citizens, it has been revealed, numerous times, that this is exactly what they do because, shocker, they are human beings who have the power to do these things. The NSA has also been revealed to have a ridiculous array of gear for siphoning information from their targets.

What happens when Dark Wallet goes live and is proven to work?  Do you honestly believe the NSA will just shrug and say “Fuck it, we tried”  because I somehow doubt that is what they are going to do. I’d go so far as to advance the theory that maybe the NSA would just start leaving firmware directly on servers and maybe tampering with some routers too.

And they will do this because it is their fucking job. The people who actually run this country determine what national security policy is, not the people. The people are allowed to participate in public elections (well, mostly) but important matters cannot be left up to the masses to decide for some very good, albeit uncomfortable, reasons.

The finance industry runs the US government, and I see no reason to expect that to change anytime soon. Call me a pessimist, but I won’t be making plans to live dollar-free any time soon.