After starting their journey in 2011, Kraken exchange has become one of the most popular and widely used Bitcoin exchanges in the network.

The San Francisco-based company is a favourite amongst the professional traders due to its innovative features, fast execution, high security, and exceptional support. It maintains an exclusive partnership and full regulatory compliance with vast number of traders around the globe, as well as the Tokyo government, and BaFin-regulated Fidor Bank. 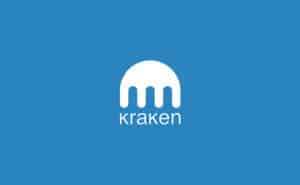 The company is the most prominent Bitcoin exchange dealing in euro, while also working with a few other currencies like the US dollar, the Yen and the Canadian dollar. Kraken is constantly being praised as the top Bitcoin exchange by third party news media and was the first Bitcoin exchange to be enlisted by Bloomberg terminals.

Earlier today, the company posted a new blog announcing their decision to reduce all market fees. Kraken will integrate a new ‘maker-taker model’, which aims to reduce the platform’s trading fees.

How does it work?

The maker fee is applicable to situations where the trader provides liquidity to the order book by ordering a buying limit below the market price or a selling limit above market price. The fee will only be paid to the maker (maker fee) when such orders are taken by new incoming orders.

Accordingly, the taker fee is applicable to situations where the trader confiscates liquidity from the book by ordering a market/buying limit that is carried straightaway out in response to a previously placed limit order on the book.

As described above, any upfront orders will trigger either market or limit orders and the maker or taker will be the triggered market or to limit order.

Benefits of the ‘maker-taker model’

Kraken’s new fee structure will be activated in a couple of weeks, from 1st August.