Skip to content
You are at: Home » News » Exchanges » Bitcoin community alienates Mt. Gox due to “bug excuse”: a list of 10 reactions

Mt. Gox has come a long way since it was the biggest Bitcoin exchange in the cryptocurrency ecosystem. So much has changed in less than a year: now, Mt. Gox is not only less relevant to the system, but some experts claim it is slowly dying. The recent withdrawal problems and the “bug excuse” provided to the clients seem to be the last two nails in the exchange’s coffin.

After halting all withdrawals and building a barrier between its customers and their digital money, Mt. Gox claimed it was being affected by a “bug in the Bitcoin software” that was affecting all transactions where Bitcoins were sent to a third party. According to the exchange, this bug is connected to a Bitcoin feature known as “transaction malleability”, which might be new to the newcomers, but it is a fully documented characteristic.

Oddly, Mt. Gox’s CEO, Max Karpeles, is the owner of the Bitcoin Wiki, the same Wiki that has a page describing transaction malleability since 2011.

Mt. Gox issued a statement this Monday (10), justifying its problems with the bug and provoking a negative reaction in the Bitcoin community. Many digital currency enthusiasts spent the day demanding more explanations and asking for statements from other exchanges.

Here is a list of the reactions Bitcoin Examiner gathered in the last hours.

The world’s biggest Bitcoin wallet service issued its own statement regarding the issue.

The well-known and documented issue of “Transaction Malleability” makes it dangerous for Bitcoin wallets and Bitcoin exchanges to rely on the transaction hash as an authoritative proof, or “receipt” for a transaction. Instead, best practices dictate that implementations of Bitcoin verify transactions by checking whether their inputs have been spent by any transactions included in a mined block, rather than relying on the presence (or absence) of the transaction hash in the blockchain.

According to the exchange, “contrary to many news headlines that describe Transaction Malleability as a ‘bug’ affecting Bitcoin and other cryptocurrencies, it is not. It is an example of the need to implement transaction verification in the industry-standard way rather than with implementation shortcuts that rely on known-unsafe methodologies“, which means “Blockchain.info wallet users are unaffected” by it.

Another big cryptocurrency wallet that guaranteed the safety of its clients’ money and transactions. The company issued a statement this Monday (10), as well.

“After conducting a review of our wallet software, we could not find any instances of such an attack being used. We also looked into the technical details of the transaction malleability issue and just this morning added additional security measures to our software to further prevent such an attack. From our current analysis, there weren’t any users affected by this issue, but we’ll continue to monitor transactions to make sure”, they wrote.

The Bitcoin Foundation also issued a statement intitled “Contrary to Mt. Gox’s Statement, Bitcoin is not at fault“. The text starts by saying that “the issues that Mt. Gox has been experiencing are due to an unfortunate interaction between Mt. Gox’s implementation of their highly customized wallet software, their customer support procedures, and their unpreparedness for transaction malleability, a technical detail that allows changes to the way transactions are identified”.

Transaction malleability has been known about since 2011. In simplest of terms, it is a small window where transaction ID’s can be “renamed” before being confirmed in the blockchain. This is something that cannot be corrected overnight. Therefore, any company dealing with Bitcoin transactions and have coded their own wallet software should responsibly prepare for this possibility and include in their software a way to validate transaction ID’s. Otherwise, it can result in Bitcoin loss and headache for everyone involved.

Bitcoin core developer Jeff Garzik answered publicly to Mt. Gox’s claims that there is a flaw in the Bitcoin software. “First and foremost, Bitcoin is not broken. There is no fundamental flaw in Bitcoin“, said Garzik.

He also told CoinDesk that “there are certain security practices that sites like Mt. Gox need to follow. Most notably, customer support staff and related software must not assume that transaction IDs are unchangeable, prior to being confirmed in the blockchain”.

He went on to publish several tweets about the issue during the last hours.

The app Bitcoin Paranoid removed Mt. Gox on its update 2.1.3.

The news website Coindesk removed Mt. Gox  from its Bitcoin Price Index due to the exchange’s “persistent failure to meet the Index’s standards for inclusion”.

“Today, Bitcoin exchange Mt. Gox made a press release which harmed the whole Bitcoin Network and everybody who is working with it. Price dropped heavily because of FUD spread by Mt. Gox. Under these circumstances we won’t promote this company in the future and therefore removed all charts/orderbooks for Mt. Gox from CryptocoinCharts. Data is still in our database and maybe we will implement a feature to see the historical charts of this exchange”, reads the announcement. 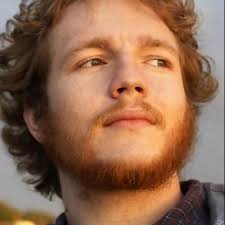 They portray characteristics of the Bitcoin system well known since at least 2011 (which even have their own wiki page) as something new.

These characteristics are annoying but don’t inhibit basic operation. They are slowly being fixed – but fixing them completely will likely take years as they require changing all wallet software. Correctly-written wallet software can cope with the consequences, and I cannot understand why they would gate their withdraws on external changes.