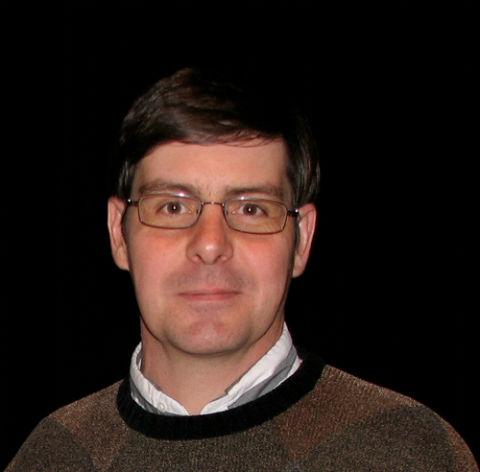 After that initial blog post circulated throughout the community, a few people raised objection to increasing the limit on economic grounds; they had concerns that a continuously increasing block size limit would drive miner fees down to an unprofitable level, which would turn Bitcoin miners away and weaken the network. Andresen responded on October 16, 2014 with another post on the Foundation’s blog, entitled “Blocksize Economics.” In this post, Gavin said that:

The argument for not allowing arbitrarily large blocks: a maximum block size is necessary to create artificial scarcity so transaction fees do not drop to zero, leaving miners with no income, leading to no mining and the death of the network.

However, economic theory says that in a competitive market, supply, demand, and price will find an equilibrium where the price is equal to the marginal cost to suppliers plus some net income (because suppliers can always choose to do something more profitable with their time or money). . . So with absolutely no artificial limits to supply (like a maximum block size), transaction fees would drop to the marginal cost miners pay. . . but not zero.

Upon reading this blog post, I noticed a flaw in the economic theory that Andresen used—or at least what I perceived to be a flawed theory—and decided to write a response article. After reading the statement that “transaction fees would drop to the marginal cost Bitcoin miners pay. . . but not zero,” I recognized it as a use of the cost of production theory of value. This theory is flawed, and I gave a summary refutation to the theory in my original article, so I will not do so here.

Andresen actually read my article, and responded to it on Twitter. After a few back-and-forth comments, Andresen accused me of erecting a straw man against him, saying that he was not actually using the cost of production theory of value. He was then kind enough to give me his email address so we could discuss the topic in further detail; I took advantage of this opportunity and sent him a message as soon as I could, explaining my position. Between my private correspondence with Andresen, a helpful comment on the article itself from Daniel Krawisz, and a reexamination of Andresen’s blog post, I feel that it is necessary to revise my response to ensure that myself, Andresen, and anyone who read my previous article has a clear and correct perspective on Bitcoin block size economics.

The theory that Andresen cited is actually a description of the evenly rotating economy (ERE). In the ERE, costs equal revenue, there is no profit, and interest accrues to the owners of the factors of production. That theory is correct, and therefore I have no reason to refute it. Where I was thrown off, however, is when Andresen claimed that miner fees could not drop below the costs paid by Bitcoin miners once this ERE arises:

So with absolutely no artificial limits to supply (like a maximum block size), transaction fees would drop to the marginal cost miners pay. . . but not zero.

I still believe that this statement is actually false, and that it implicitly employs the cost of production theory of value. If it is completely impossible for transaction fees to drop below the costs miners pay to run their machines, then those fees must be determined by those costs. As I demonstrated in my original argument, that claim is false. Thus, what Andresen should have said was that fees would not fall below the equilibrium price, which is established upon the achievement of the ERE. For it is not the equalization of costs and revenue that produce equilibrium; rather, this equalization is a consequence of the equilibrium. What really creates the equilibrium, giving rise to the ERE, is the equalization of supply and demand.

To suggest that Andresen’s claim was wrong because he used the wrong words may seem like semantic word-play. However, in economics, it is essential that precise terminology be employed because, as we see here, it can make the difference between a perfectly sound statement and the implementation of a severely flawed economic theory.

After the clarification of Andresen’s position, though, I still have an objection to his argument—albeit a different one. I have to disagree with Andresen’s argument that miner fees could not fall below a definite equilibrium due to the fact that the evenly rotating economy can never actually be achieved in the real world. The ERE, and similar concepts, are merely theoretical constructs developed and used by economists to simplify real world situations in order to understand those situations. In reality, though, these theoretical equilibria can never be achieved.

In order for the ERE to be established, supply and demand would have to remain infinitely constant; consumers could never change their preferences and there could be no changes in the stock of goods available for production. Clearly, that is hardly the case in the real world. Prices are constantly fluctuating, which signifies constantly shifting consumer preferences, which in turn shifts the allocation of resources in the various levels of the capital structure. We can see this in the fluctuations of Bitcoin’s price, even if there are other factors at play there. Moreover, not only do supply and demand constantly evolve, the theoretical equilibrium of supply and demand is also being constantly retargeted as a result of its ever-changing determinants. Thus, the actual market price for Bitcoin transaction confirmations will always be either above or below the theoretical equilibrium, and a single equilibrium cannot be pinned down. This means that it is, in fact, very possible for fees to drop below the costs paid by Bitcoin miners.

However, as I stated in my original article, Bitcoin block size—whether limited or not—will have no meaningful effect on miner fees. If the limit is raised, and the available space exceeds the demand for transaction confirmations, Bitcoin miners will simply produce smaller blocks to keep fees from falling below a profitable level. If the limit is not increased enough, then fees will rise to offset the surplus of demand. So, while it is possible for fees to fall below a profitable level, the hard limit on the Bitcoin block size cannot really do anything to remedy falling fees. Falling fees are ultimately a result of the market, not the result of the Bitcoin protocol’s engineering. What the limit on Bitcoin block size should be used for, however, is to gradually increase the scalability of the network while protecting it from spam.

Additionally, if fees do fall below that profitable level, Bitcoin mining difficulty will retarget, making the fees profitable once more. However, such a retargeting would mean that the task of confirming transactions would be relegated to fewer and weaker miners, thereby making the Bitcoin network less secure. This problem is something that Andresen and I both agree on; since the Bitcoin block size limit has no meaningful effect on fees, a hard limit, or lack thereof, cannot do anything to combat falling fees, which means that a Bitcoin block size limit cannot ensure the security of the network in any way. Some other solution is required for the issue of network security.

Conclusion, and an Apology to Mr. Andresen 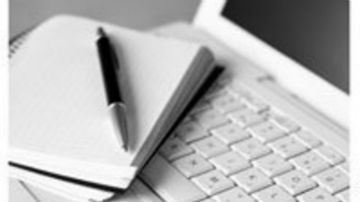 It is clear that I misunderstood Gavin Andresen’s economic argument, although I believe it is fair to say that my misunderstanding came from an inaccurate use of economic terminology. There is still a disagreement between us, though, because Andresen’s argument relies on the achievement of an ERE—something that cannot happen in the real world.

Finally, I feel that I must extend an apology to Mr. Andresen for the title of my previous article (“Gavin Andresen is Wrong”). It was a very inflammatory title and I must admit that I chose it because I thought it would be catchy. Many people claim that using catchy or “clickbait” titles is somehow spreading FUD or participating in inaccurate journalism. But in my short time as an (amateur) journalist, I have found that the most sure-fire way to bring readers to the website you are writing for is to create those attention-grabbing titles.

However, such titles must be chosen within reason, and they should always avoid any unwarranted disrespect towards the subjects of the article. I failed to maintain the proper level of tactfulness when choosing the title for my previous article, and I hope Andresen accepts my apology—for I truly did not intend to unnecessarily insult or defame him.