Skip to content
You are at: Home » Coinbrief » Bitcoin » Bitcoin Block Size Economics and Gavin Andressen

This article is based on the opinion of the author, who does not necessarily disagree with the  proposition of increasing block size, but rather the recent economic reasoning used to justify it. 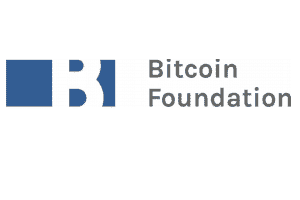 Within the last few days, there has been some discussion in the Bitcoin community about the possibility of increasing the maximum Bitcoin block size limit of 1 MB, which is coded into the protocol. This discussion started last week, on October 6, 2014, when Gavin Andresen—the lead computer scientist at the Bitcoin Foundation—published a post on the Foundation’s official blog. In this post, Andresen said that, in order for the Bitcoin network’s scalability to be flexible enough to accommodate for the potential transaction volume of the future, the hard limit on maximum block size needed to be increased by 50% every year.

From Gavin Andresen in his post on the Foundation’s official blog: 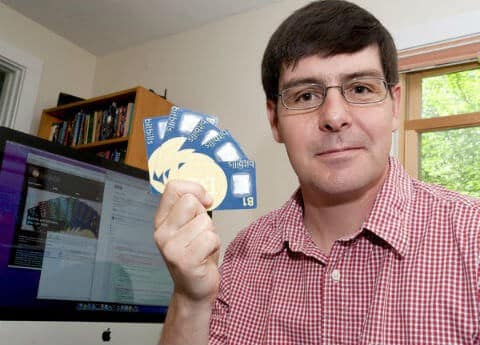 Once this blog post began circulating throughout the community, a few people came out in opposition to the idea of arbitrarily increasing the Bitcoin block size limit. Their opposition mostly came from an economic standpoint; if the Bitcoin block size limit is increased by 50% regularly, until there essentially no limit, then there would no longer be scarce space in which transactions could take place and transaction fees could potentially drop below a profitable level. If fees do drop below a profitable level, miners would shut off their machines to stop their losses and the Bitcoin network would collapse.

Andresen fired back at those who brought attention the the possibility of greatly diminished transaction fees. On October 16, 2014, Andresesn published another post on the Foundation’s blog, titled “Blocksize Economics.” In this post, Andresen addressed these concerns not with technical computer science jargon, but with economics. In his concise response, Gavin said:

The argument for not allowing arbitrarily large blocks: a maximum block size is necessary to create artificial scarcity so transaction fees do not drop to zero, leaving miners with no income, leading to no mining and the death of the network.

However, economic theory says that in a competitive market, supply, demand, and price will find an equilibrium where the price is equal to the marginal cost to suppliers plus some net income (because suppliers can always choose to do something more profitable with their time or money). . . So with absolutely no artificial limits to supply (like a maximum block size), transaction fees would drop to the marginal cost miners pay. . . but not zero.

As we can see, Andresen’s counterargument to the claims that an arbitrarily large Bitcoin Block size will drive transaction fees below a profitable level is simple: it is impossible for fees to drop below that profitable level because consumer prices are determined by the price of production. The only problem with Gavin’s counterargument, though, is that the economic theory he employed is incredibly flawed and has been invalidated many times over by various economists. This flaw allowed Gavin to assume that Bitcoin miners would always receive a return on their investments, because the price of their services—in this case, confirming transactions—would never fall below production costs.

This theory of the determination of prices is derives from a value theory, which is known as the cost of production theory of value. This theory is very straightforward, the value of a good comes from the cost of its production. As prices are merely a monetary denotation of value, we can easily conclude from this value theory that prices themselves are determined by the prices of the factors of production, which is precisely the conclusion that Gavin arrived at. 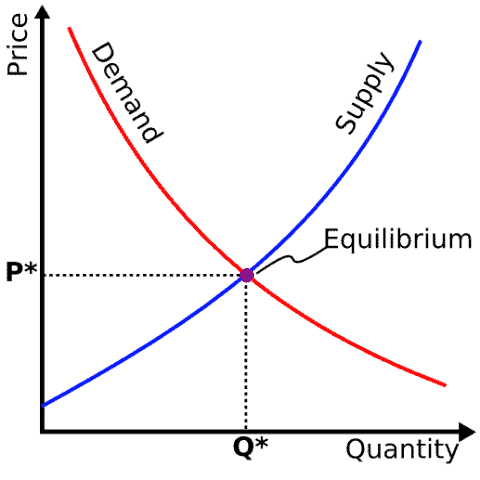 However, prices are not actually determined by production costs.

It may seem to the businessman or the person observing only a single firm that their prices are determined by their costs, but that is simply not true, for the businessman would have never taken on the task of providing this good or service, thereby paying these costs, if he did not expect to receive revenue that exceeded the cost of production (since the business man is driven by profit, he would not settle for revenue that was equal to costs). If he thought that the consumers on the market were not willing to pay a price that covered production costs and then some, then the businessman would have never made that product to begin with.

Consequently, if the consumers did not want that product at that particular price, and the businessman quit paying those production costs, the prices of the factors of production would go down as a result of reduced demand! As we can see, all prices come from the value the particular good or service renders to the consumer.

Thus, it is entirely possible that transaction fees could fall below a profitable level, in which case the miners would hang up their hats and turn off their machines. Sure, Bitcoin miners can use production costs and their desired profit margin to calculate a minimum price they are willing to charge, but that does not mean that people will actually pay that price.

The assumption on Andresen’s part that people would automatically pay those prices came from a treatment of the economy as mechanistic. Andresen held demand constant, assuming that actors on the Bitcoin network would pay whatever price for the confirmation of their transaction, and concluded that certain “mechanisms” of the market would prevent the miners from ever becoming unprofitable. But the market is not mechanistic, because humans are not machines; there are no constants, nor equilibria.

In economics, these things are used to theoretically simplify real world situations in order to better understand those situations, but it must always be remembered that these theoretical constants do not actually exist in the real world. To reiterate, it is possible for transaction fees to drop below a certain level, and they will if supply exceeds demand. Even if the miners refuse to lower their fees and opt to keep them constant, people will stop using the Bitcoin network, and the miners would become unprofitable and shut down anyway.

What Should Be Done About Bitcoin Block size? 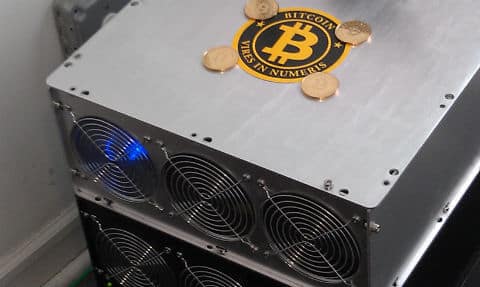 That being said, the market would determine a “natural” limit on Bitcoin block size, even if the hard-coded limit were removed, because miners would only produce blocks small enough to ensure the transaction fees would be high enough to bring a profit.

However, this “natural” limit means that there would still be a limit on the number of transactions that can be processed on the network within a certain period of time, thereby defeating the original purpose of increasing the Bitcoin block size to facilitate a higher volume of transaction. Andresen apparently acknowledged this point and conceded to it, though, because he cited this article in the reference section of his blog post.

In light of this fact, what should be done about the hard limit on Bitcoin Block size? If the 1 MB limit stays in place, and the demand for transaction confirmations exceeds amount of possible confirmations supplied by that limit, then fees will rise and transaction volume will fall. On the other hand, if Andresen’s suggestion is implemented, and the maximum Bitcoin block size is increased by 50% every year, one of three things could happen:

Firstly, if the 50% increase is not enough to accommodate the demand for transaction confirmations, miner fees will rise and transaction volume will fall accordingly.

Secondly, if the increase exceeds the amount necessary to accommodate for confirmation demand, the market will establish its “natural” Bitcoin block size limit, due to miners only creating blocks small enough to ensure their profitability.

There is also a third, theoretical possibility, which is that the increase would be the exact amount required to bring supply and demand into equilibrium. But, as the constantly changing wants and needs of humans prevents an equilibrium from arising in the real world, this third possibility will never happen.

Either way, miners will not allow for a block with an infinite size, there will always be a limit regardless of whether or not the Bitcoin protocol mandates a limit. It is a question of economics, not computer science. Andresen can engineer the Bitcoin network and make it operate however he wants, but he cannot dictate the human reaction to those changes. He can write code, but he cannot force the direction or manner of human action.

So, returning to the question advanced above, what should be done about block size? The answer: it probably does not matter. The true Bitcoin block size will only be as large as the market allows, Andresen cannot make it larger no matter what kinds of protocol changes he implements. If he makes it too rigid, changing valuations will lead individuals to simply abandon Bitcoin; if he makes it too flexible, the market will develop “natural” regulations as individuals pursue their own self-interests.

In conclusion, Andresen’s proposed implementation of an incrementally increasing Bitcoin block size limit will be useful in preventing spam on the blockchain—which is what this original 1 MB limit was imposed for. However, as we have seen in this article, it likely will not allow Andresen to manipulate transaction volume in the way he desires. The reason being that a block size limit in excess of what is needed will lead to the emergence of a “naural” limit, imposed by the market.

In regards to network security, which Andresen refers to in the last section of his blog post, he is correct; changes to the limit on the Bitcoin block size will not solve the problem of network security. Miner fees will be determined by the market, which—as we have seen here—cannot be meaningfully influenced by changes to the protocol. This fact means that changing the block size limit cannot influence Bitcoin mining centralization, so the issue of network security must be resolved by some other measure.