Skip to content
You are at: Home » Coinbrief » Bitcoin » Bitcoin Banking: The Dangers of Fractional Reserve Banking

Bitcoin banking is likely on a very distant horizon, far from being implemented in any significant capacity in the mainstream economy. However, it is possible — and important — to use economics to create a rough vision of what Bitcoin banking may be like in the future, paying special attention to Bitcoin banking’s effects on business cycles.

The foundation of business cycles, the periodic phases of boom and bust that have plagued market economies since ancient times, lie in the practice of fractional reserve banking. In a market economy with Bitcoin banking, it becomes impossible to run fractional reserves, regardless of the legal status of the practice. Therefore, an economy that utilizes Bitcoin banking will very likely have a significant impact on the creation of business cycles.

This article serves as an introductory, first installation of a two part series on the theoretical economics of Bitcoin banking. In this installation, we will provide a basic overview of how fractional reserve banking produces business cycles, and how these cycles run their course in an equilibrium setting. In part two, we will discuss how Bitcoin banking could potentially resolve the issues of fractional reserve banking and business cycles.

The Dangers of Fractional Reserve Banking

Many Austrian economists, while highly critical of central banking, have generally ignored or dismissed the dangers of fractional reserve banking. Ludwig von Mises — who laid the groundwork for Hayek’s in depth business cycle theory — argued that mandatory 100% reserve ratios were not necessary. Instead, market forces would eventually weed out any banks with artificially low interest rates, and the market would bring the interest rate to its natural level. Based on this argument, Mises focused his academic energy on exposing the threats of central banking.

Murray Rothbard, in contrast to Mises and Hayek, argued that fractional reserve banking was inherently fraudulent, and must be outlawed in a free society.

Of course, the mainstream of economic thought sees no inherent danger in fractional reserve banking. Mainstream economists believe that the money creation that comes from fractional reserve banking, when controlled and directed by a central bank, can spur aggregate growth. This belief likely comes from the fact that mainstream schools of thought lack a robust and detailed capital theory.

A Basic Overview of Interest Rates in a Purely Free Market 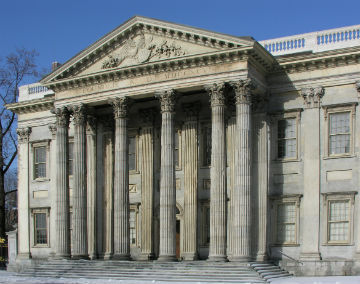 First, we must understand the difference between a time deposit and a demand deposit. Simply put, demand deposits are money put into a bank for the purposes of safekeeping and with the expectation of being able to withdraw the money at any time for consumption or hoarding purposes. Examples of demand deposits would be the familiar checking and savings accounts. Time deposits consist of money that is deposited for investment purposes. In a time deposit, the depositor gives his money to the bank with the intention of receiving a larger sum of money at a later date, with no expectation of being able to withdraw the money before the maturity date without paying a penalty fee.

A Basic Overview of Interest Rates Under Fractional Reserve Banking

Under fractional reserve banking, however, the time preference interest rate is diluted by the lending out of demand deposits. The dilution takes place because funds from demand deposits — which are allocated towards consumption or hoarding — are being given to investors as credit that they can use to take up projects which require resources to be shifted to higher levels in the capital structure. Thus, instead of granting loans strictly based on the amount available in time deposits, which is determined by time preferences, banks “artificially” lower interest rates by taking from demand deposits, thereby increasing the amount of funds available for loans and decreasing the interest rate for loans.

Since depositors expect their money to be available at any time, the bank does not subtract from the depositors balances after it loans out their funds. Instead, they keep the full balance available, and draw upon the deposits of other patrons when a withdrawal is demanded. This process leads to money creation. For example, a depositor places $100 in a savings account, the bank loans $50 of that deposit to an investor, and the bank assures the depositor that there is still $100 in his or her account, which he or she will use to purchase consumption goods. Thus, $150 has been created out of thin air!

The resulting shifts in the production structure that come from this process of money creation constitute the main cause of business cycles. When demand deposits are loaned out, the debtors use the money to invest in higher stages of production, while market demand remains constant — meaning that the goods produced by these more distant stages of production do not have enough demand to be profitable. Since market demand has not changed, prices for consumer goods rise, because resources are being shifted away from consumer goods production and into the production of higher order goods, thereby decreasing supply while demand remains constant. Simultaneously, prices for higher order goods increase due to the money created from fractional reserve banking enabling investors to exercise higher demand.

Once it becomes evident that the projects — funded by interest rates that are lower than what would be determined pure time preference — are unprofitable and unsustainable, the debtors have to cease production and lay off all of their employees. Prices for higher order goods then decrease as a result of decreased demand, due to investors abandoning their unprofitable projects. Additionally, prices for consumer goods decrease as well; resources are reallocated to the production of consumer goods, restoring market equilibrium and lowering prices. However, prices are lowered even further since unemployment has increased, thereby lowering demand. After some time, labor and other factors of production will be fully restored to equilibrium, and the economy will return to the state that existed before the fractional reserve money creation began.

3 comments on “Bitcoin Banking: The Dangers of Fractional Reserve Banking”