Skip to content
You are at: Home » Guides » Legal » Bitcoin as a commodity: License to tax?

The US Commodity Futures Trading Commission (CFTC) has officially recognized Bitcoin has a commodity, offering yet further recognition for the emerging digital currency. Whether or not this recognition will turn out to be a good thing, however, remains to be seen.

Interestingly, the CFTC’s recognition had a bit of a scolding tone to it, with the CFTC arguing that the same rules are “applicable to all participants in the commodity derivatives markets.”

In other words, simply because Bitcoin is still fairly new, and governments haven’t fully figured out how to handle it, the currency (now called commodity) can’t simply skirt the rules.

[tweet_box design=”box_02″]Whether or not Bitcoin’s recognition as a commodity will turn out to be a good thing remains to be seen.[/tweet_box]

Importantly, the CFTC recognized Bitcoin as a commodity so that it could have authority over regulating Bitcoin derivatives. Confused? A derivative is a sort of contract that derives its value from something else. For example, a futures contract is a contract to buy a given amount of a commodity at a future point in time. Basically, the buyer and seller of these contracts will both be trying to guess which way markets will swing in the future.

While most Bitcoin traders focus on trading the cryptocurrency itself, an increasing number of companies have begun to offer Bitcoin derivatives. This means that instead of selling BTC themselves, they are selling financial vehicles that derive their value from Bitcoin’s value. With the rise of such complex financial instruments, regulatory authorities will almost certainly be taking an increase interest in Bitcoin, for better or worse.

Importantly, the CFTC only moved to classify Bitcoin as a commodity after Coinflip, a now defunct company previously based in San Francisco, did not go through the normal process of registering with Federal authorities to sell derivatives. Coinflip believed that since the derivatives were based on Bitcoin, they had no obligation to go through the normal government channels. The government thought otherwise.

Recognition is a double-edged sword

Generally speaking, increased recognition has been viewed as a good thing by most Bitcoin users. The more legitimate the currency is, the more legal protection it’s provided. 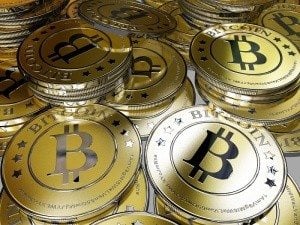 The CFTC’s recognition, however, may not turn out to be such a good thing. For one, the Commission is recognizing Bitcoin as something that many users would claim it isn’t: a commodity. This isn’t a battle over pure semantics, either. Gains from currency transactions are generally not taxed, while gains from commodity trades are. With the CFTC recognizing as as a commodity, it’ll be easier to argue for its cut of any profits made off of Bitcoin.

Recognition as a commodity will also make it easier for the CFTC and other federal authorities to regulate Bitcoin. Previously, the cryptocurrency has fallen into a sort of gray area and regulatory authorities have approached it with caution, wondering who, if anyone, should regulate it. Now the CFTC is stepping forward and claiming that they have the authority to regulate Bitcoin, and as of right now it looks unlikely that anyone will challenge them.

What does all of this mean?

The Bitcoin world is fast evolving and is still largely a gray area. In this sense, the full impact of this development is still somewhat unknown. First up, the CFTC’s ruling isn’t likely to affect state level legislation and other regulators. The CFTC’s claims don’t seem to be coming at the expense of others, and they appear to be concerned strictly with Bitcoin derivatives.

The official “commodity” designation by this important federal agency does provide further grounds for Bitcoin to be treated as a commodity. As already noted, this may make it easier for the government to try to collect taxes. The increased recognition could also afford Bitcoin increased protection in the American legal system. Bitcoin has already been recognized as something of value by US courts, but the official commodity designation should make legal enforcement of various issues easier in the future.

The CFTC could theoretically begin to regulate Bitcoin more closely as its wide sweeping authority does grant it rights to regulate and monitor the assets on which derivatives are based. So far, however, the federal agency has indicated that it will not go that route.