Skip to content
You are at: Home » Coinbrief » Bitcoin » Bitcoin in 2014: The Ups and Downs of a Year

Bitcoin has grown a lot over the past year, with incredible increases in adoption, ease of use, and supporting systems for the currency.  More and more people are asking “What is Bitcoin?” or “How Do I Get Bitcoin?“, and it is becoming less common to find individuals who have not at least heard of the currency. At the same time, 2014 has not been kind to those who became involved with Bitcoin after mid 2013, and used the currency as an investment.  Bitcoin’s price has been on a steady downtrend, and has drawn increasing criticism from individuals who are not involved with BTC.

Does the price really matter?  Does the growth of the network, and increasing acceptance, outweigh the losses and criticism of Bitcoin?  You be the judge.

Everyone, including those who have criticized Bitcoin’s viability as a currency, must admit that Bitcoin’s acceptance has grown by leaps and bounds over the past year.  Before the year began, many small eCommerce websites, Bitcoin-based businesses, and a few larger companies, such as WordPress, OK Cupid, and Namecheap, were accepting BTC for payment, but it was still difficult to directly use the currency for most purchases.  That is no longer true.

The number of businesses with valuations in the hundreds of millions, or billions, USD that accept Bitcoin has been constantly accelerating.  Early in the year, two giants in the online retail market, Overstock and Tiger Direct, jumped on board, and started accepting BTC.  Shortly after this, it seemed as if the floodgates were opened: Tiger Direct’s primary competitor, Newegg, also began to accept Bitcoin.  Expedia accepts Bitcoin, Dell accepts BTC, Yelp and Bloomberg both have integrated Bitcoin into their systems, Dish accepts Bitcoin, Paypal is slowly integrating Bitcoin, Shopify has adopted Bitcoin, Twitch.tv has begun using Bitcoin, and recently, Microsoft started accepting Bitcoin for Xbox live DLCs, and other digital content. 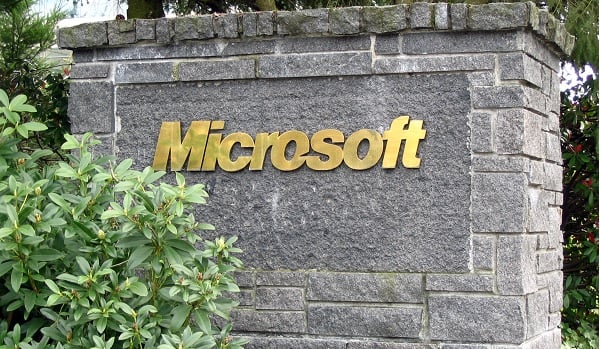 The number of business that are monitoring, integrating, or accepting Bitcoin does not seem likely to slow down.  However, as we have mentioned in the past, this kind of adoption can actually cause the price of Bitcoin to decrease, rather than increase, as the majority of these businesses are converting BTC to USD as soon as it is received.

Scandals and Fraud have Dominated Media Coverage of Bitcoin

Unfortunately for the Bitcoin community, fraud and theft have remained a constant issue with digital currency exchanges.  After Mt. Gox’s collapse, which also brought their manipulation of Bitcoin’s price to light, trust for even the most established exchanges began to waver.  On top of that, many small exchanges went bankrupt due to hacking, or had owners vanish with the funds that had been deposited.  Of course, the smaller exchanges received much less media attention, and most of the community avoided new exchanges that had yet to prove themselves.

Then, recently, it happened again.  Moolah, which owned Mintpal, collapsed.  It had become one of the largest altcoin exchanges, and this event left it’s customers “holding the bag” once again.  While the impact was not quite as extreme as the fall of Mt. Gox, it still caused serious waves which are still being felt today.

Bitcoin is Evolving:  Smart Contracts, Side Chains, Tipping, and Messaging

While Bitcoin was created to be a decentralized currency, that was never the only goal.  The idea of smart contracts, which allow more complex transactions, decentralized exchanges, and the potential to decentralize almost every type of application imaginable, has been around for years.  Ethereum raised over 25,000 BTC in it’s presale, with one of the primary goals of the system being the creation of a decentralized system with smart contract capability built into it.

Since that time, Counterparty, which is built on top of Bitcoin’s blockchain, has successfully ported Ethereum’s programming language to allow for the creation of smart contracts without needing a new network.

At the same time that these advances were being made, Blockstream announced a revolutionary idea:  Sidechains.  Sidechains solve the problem that has plagued Bitcoin, which is that it’s strength is also it’s weakness.  Bitcoin cannot be modified without consensus from the miners, which means that any modification to the way Bitcoin functions will be extremely limited.  There will be no sweeping changes to it, as that could undermine it’s purpose, and the miners would never accept the revised code.  This makes Bitcoin very stable in a way, as the rules for how it will function, how many bitcoins will be created, and what is possible within the Bitcoin network is generally constant.

At the same time, innovation in Bitcoin’s code is nearly impossible, which is the driving force behind the creation of altcoins.  Some altcoins have been created with their own blockchain, allowing experimentation with different block sizes, times, algorithms, and so on.  Other altcoins have been built on top of Bitcoin’s blockchain, which endow them with the security created by the Bitcoin network’s incredible processing power, but limit how these new currencies can be used.  Sidechains allow new blockchains to be created that are connected to Bitcoin’s blockchain, and other sidechains, in a way that allows assets to be transferred between each chain…but each sidechain is also completely independent, and cannot harm the other blockchains.

This idea, which is extremely complicated from the implementation standpoint, is simple in a way.  By allowing bitcoins, contracts,other currencies, or any other asset to be transferred between blockchains, the need for “altcoins” is removed.  New ideas and systems can be built without needing to create a unique currency for each blockchain.

Finally, tipping and messaging using digital currency has gained increasing popularity.  There are two methods that are being used for tipping: 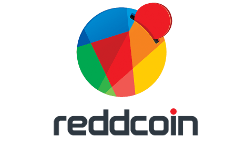 Altcoins, such as Reddcoin, have been developed with the goal of being efficient as a decentralized tipping platform, specifically on social networks and websites.  Reddcoin’s ultimate goal is to become THE Social Currency, to be used across all forms of social media and social networks.  It has had significant success so far, and has a solid group of developers behind it, but the amount of development needed makes the process a slow one. 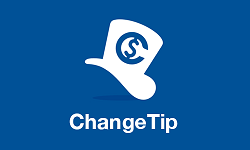 On the other hand, Changetip has emerged as a centralized Bitcoin tipping system.  As Bitcoin’s transaction fees makes the cost of microtransactions prohibitively high, a 3rd party is needed to handle the transactions outside of the blockchain.  Which idea will win out in the end is still unknown, but both have experienced significant growth this year.

Messages Embedded Into the Bitcoin Blockchain

Messaging, on the other hand, is still “in the works”.  The idea of using the blockchain to transmit messages was proposed in 2011, with Btcmsg, but was discontinued shortly after.  Recently, Krzysztof Okupski, a graduate student in the Netherlands, has started to develop a new system to send censorship-proof messages via Bitcoin’s blockchain.  The idea has the potential of creating “blockchain bloat”, which was what kept previous efforts from moving forward, but Okupski’s platform is being developed to be cost effective, and keep bloat to a minimum.

Bitcoin Services and Publicity Are Increasing in Size and Potential

Uncertainty abounds at the moment, but one thing is certain:  Bitcoin-based businesses and projects are growing.  With this growth, which is often fueled by venture capital, comes increasing awareness of Bitcoin from the public, as well as more innovative, complex services.

Open Bazaar is creating a decentralized marketplace that can act simultaneously as a competitor for Ebay, as well as a replacement for the Silk Road.  By being decentralized, there are no servers to seize, Ulbrichts to arrest, or censorship on what can be listed.  This is both a blessing and a curse, as it’s success will be largely dependent on the perception of the public, and how willing people are to use the service.  Of course, decentralization also brings the benefit of increased efficiency, and lower cost, so Open Bazaar has the potential to seriously disrupt the established online markets.

BitPay has been the clear winner, in the payment-processing arena, this year.  From landing Microsoft, and many other high profile clients, to sponsoring a college football bowl game, the Bitcoin St. Petersburg Bowl, the company has had nothing but success.

As the only payment processor to offer truly free payments, and by avoiding the temptation to try to do too much at once, such as offering online wallets, or operating as an exchange, they have locked down a huge portion of the market.

The bowl game, which was played on December 26, featured Bitpay logos all over the field, along with the logos of some other Bitcoin-based companies that Bitpay partnered with for the event.  Trucoin provided the ability for fans to purchase Bitcoin, via ATMs and online sales, and Gyft ran an ad mentioning that they accept BTC.

How Was Bitcoin’s Year?

So we see the ups and downs.  The price is down, scandals have brought negative media attention, and the currency has a growing number of competitors.  On the other hand, adoption has skyrocketed, Bitcoin is evolving beyond just a “currency”, and it is attracting more and more mainstream attention.

What do you think about Bitcoin’s 2014?  Are you bearish or bullish on 2015?  Let us know what your thoughts on what will happen this year.