Skip to content
You are at: Home » Reviews & Comparisons » Wallets » Best Bitcoin Wallet for 2014 – Blockchain Vs. MyCelium Vs. Coinabse

After the last review of the top Bitcoin exchanges I decided it was time to review the best Bitcoin wallets on the market today. Before I get started with my review my guess is that some people don’t know what a Bitcoin wallet is yet. For this purpose I’ve created this short animated video which will explain everything you need to know.

Now that we’ve got that out of the way it’s important to understand that there are different types of wallets available.

Desktop Wallets – Software that sits on your computer and is connected to the Internet. In this case your computer’s hard drive is the actual wallet and if it gets stolen, so are the Bitcoins that were stored on it.

Mobile Wallets – Similar to desktop wallets only this time your mobile device acts as the place where the Bitcoins are stored.

Web Wallets – A website that stores your Bitcoins on their own servers. This basically means that you’re giving your Bitcoins to someone else to keep them safe for you.

Hybrid Wallets – This is basically an independent wallet (desktop or mobile) which can be accessed via the web through use of a password. Think of this as a safe inside a bank where the bank doesn’t have the key to it (only you do).

For this review I will cover the web services offered today as they are more approachable for newbies (and this is after all a site for newbies).

Overall: Blockchain.info is one of the main sources for information about the Bitcoin network today. Probably the most popular block explorer today, the website also offers a hybrid wallet which comes in the form of a desktop and mobile version for Android (Apple removed all Bitcoin applications collectively).

Pros: Blockchain.info gives you the opportunity to open as many Bitcoin wallets (addresses) as you’d like and you can configure from where the payment will be sent or received each time. The mobile app also allows you instant access to your wallet from wherever you are. For the more advanced user that may be seeking privacy when sending Bitcoins, there is the Shared Coin option. Shared Coin provides privacy for your transactions by combining your transaction with other people.

Cons: It seems that the user interface on Blockchain.info’s Android app is a bit lacking as many of the users have complained about it. Main issues are pairing devices and password issues. I can say from personal experience that I’ve encountered some of these issues myself but none of them can’t be solved in a matter of minutes. The main con would probably be that you’re dependant on a 3rd party to store your Bitcoins and basically are subjected to their security measure – as you can see here it sometimes isn’t enough (although in all fairness this was about a year ago).

Overall: Ranked #2 out of the top 3 Bitcoin wallets. Coinbase allows you to access your Bitcoins through their website and your mobile phone using a native  Android app. The iOS app Coinsbase has released to the App Store was removed by Apple on November 2013 and there is now way of knowing when it will be rereleased (removal was due to Apple’s rejection of Bitcoin apps). One of the coolest things Coinbase allows you to do is to use an SMS service in order to buy and send Bitcoins.

Pros: The main advantage of this app is that it allows you to buy Bitcoins immediately from Coinbase. This eliminates the hassle of trying to find way to buy Bitcoins each time you need some. Also the vast majority of customer reviews seems to be positive about Coinbase’s service and app.

Cons: The most obvious disadvantage of Coinbase would be that it’s available only in the US. Also if you’re an iPhone user you’ll probably need to find an alternative such as Blockchain.info. Another great disadvantage about Coinbase is that you are giving away your Bitcoins to a 3rd party to safeguard. This means that if Coinbase gets hacked or goes bankrupts for example you can lose your Bitcoins (e.g. Mt.Gox users who lost their fund when the exchange became insolvent). 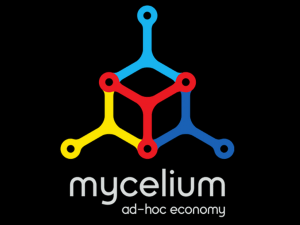 Operated by: Megion Research & Development (Based in Austria)

Overall: An emerging Bitcoin mobile wallet which seems to be gaining traction lately, Mycelium is stated to combine simplicity of use and speed with full power to the end user because he keeps his private keys. This mean that you do not rely on any 3rd party (like Blockchain.info for example) and store your private keys on your phone.

Pros: Probably the simplest mobile wallet today. Mycelium is also deploying at feature called Local Trading soon which will allow you to meet Bitcoin vendors in your area. They’ve create a video for it but I must warn you, it look a bit like a parody…

Cons: I can’t say there is any visible downside to Mycelium currently – even the review on Google Play are very sympathetic. I’ve just started using it not long ago and it seems to be working great. It also gives you the opportunity to easily create a backup for your wallet if your mobile device gets stolen or breaks. It is a shame though that there is no desktop application (hopefully there will be one in the future).

So what’s the verdict ?

It seems to be that there is no clear winner. If you’re just starting out with Bitcoin I’d suggest Mycelium because of it’s simplicity. For the desktop I’d choose either Coinbase if I was in the US and Blockchain.info if I was living outside of the US. Keep in mind that these wallets should be used only for Bitcoin “cash” and not for Bitcoin “savings”. For large amounts of Bitcoins you should use cold storage and not keep your Bitcoins on any device.

8 comments on “Best Bitcoin Wallet for 2014 – Blockchain Vs. MyCelium Vs. Coinabse”