Skip to content
You are at: Home » News » Berlin’s businesses embrace digital currency 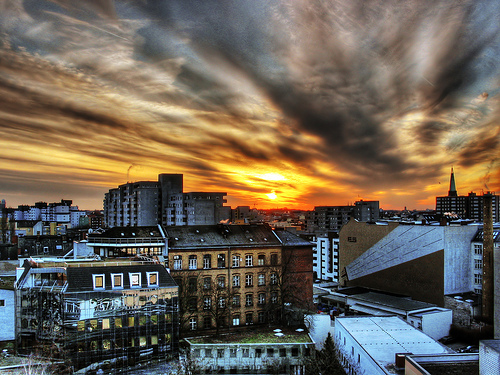 Remember when we talked about the Berlin district of Kreuzberg, the place with the highest concentration of merchants that accept Bitcoin? Thanks to this and other locations across Germany’s capital, Berlin is becoming the “home” of cryptocurrency.

Take the example of the informal establishment Lekkerurlaub Notaufnahme, a name that can be translated as “Yummy Holiday Emergency Admission”. This business is the seventh Bitcoin adopter in the Graefe neighbourhood, at Kreuzberg. There, you can pay for your coffee or for an overnight stay with digital coin.

Spending the night costs about 0.4 BTC per person, the equivalent to $53. Until now, only one customer paid for a meal with Bitcoins, but the adoption of cryptocurrency was a recent change.

Cassandra Wintgens, proprietor of the Lekkerurlaub Notaufnahme, thinks Bitcoin “is exciting. We don’t need banks for Bitcoins. They just muck us about anyway and don’t do anything for small-scale businesspeople”.

The business owner didn’t think about adopting Bitcoin until Joerg Platzer, proprietor of the nearby restaurant Room 77, persuade her. Platzer has been using Bitcoins for two years and only sees advantages, especially because he’s now avoiding the heavy credit card fees. Today, about 10 percent of Room 77 clients already pay their bills with cryptocurrency.

The entrepreneur says he was never concerned with the fluctuations in Bitcoin’s value. In fact, he predicted that, with time, more businesses in the Graefe neighbourhood would soon join digital coin. “Bitcoins are the money of the future”, he claims. His forecast was right and, now, the expectations are even bigger, as more businesses are starting to join Bitcoin.