Skip to content
You are at: Home » News » Adoption » Banks, get ready! The blockchain is about to rock your world

Over the past year, we have been seeing numerous banks publicly sharing their views about the blockchain technology. The major reason for such a surge in press releases, studies and blog posts is because Bitcoin’s core technology represents both a threat and an opportunity.

Banks realize that the blockchain is light-years ahead when compared to the technology they have today and it is bound to transform the financial sector.

Deutsche Bank recently shared their experience while analyzing the technology and experimenting with it in their innovation labs. In an online post, the bank suggested it was well aware of the disruption the blockchain will cause to the traditional banking system, unless banks do embrace it before the damage is done.

The post’s title, ‘Blockchain – Attack is probably the best defense’, pretty much explains the bank’s view on the subject. After all, most banks are intermediaries between two parties, a role that will become redundant with the emergence of peer-to-peer networks.

The banking industry is not the only one analyzing this technology. Deutsche Bank’s post mentioned that some of the leading credit card firms, stock exchanges, insurers and clearinghouses are also looking to benefit from this technology.

[tweet_box design=”default”]Deutsche Bank is well aware of the disruption the blockchain will cause to the traditional banking system, unless banks do embrace it before the damage is done.[/tweet_box]

The key benefit for implementing this technology would be better efficiency, faster execution and, above all, the ability to make real-time transactions across the world while simultaneously reducing costs for the banks.

The article author, Thomas Dapp, mentioned that if the banks take the initiative, this could give them a huge edge in the race to devise new financial innovations. The first step to recognizing the potential of said technology would be for the banks to integrate it in their own internal systems. Banks can collectively collaborate with each other to devise a new ecosystem, which would create digital booking and clearing systems to assist clients with superior service in terms of speed and cost effectiveness. Considering that banks would be relying on each other, this would greatly reduce the costs for the banks, since no anonymous peers would be involved. 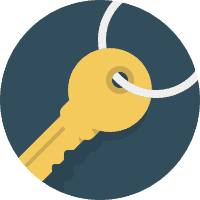 Furthermore, with the future in mind, Dapp also talked about how banks could serve as guardians for cryptographic keys. Despite it not being financially beneficial, the upside of the clients being able to avail other services that the bank offers, far outweighs any drawbacks.

The author also suggests that although blockchain technology is still in its infancy, that should not stop banks from experimenting with it. One of the factors that will greatly affect technology is going to be the political influence it wields since its implementation will also affect the various regulatory authorities in play.

Technological growth shall be restricted if regulations are implemented, but for now banks should not rely on regulators and, therefore, take this opportunity to experiment with technology and discover applications that serve their purpose. Eventually, this will ensure banks are able to create their own digital ecosystems.