Skip to content
You are at: Home » News » Startups » Apple co-founder Steve Wozniak joins ATM company inspired by the blockchain

The news was announced by Lee Caplin, chairman of Planet Capital and co-founder of Penske Media, the company that owns Variety Magazine.

California-based Planet Capital focus on developing the concept of ‘smart money’ and the way people manage their daily payments and finances, while trying to make these processes quicker and safer. The company’s products and services are inspired by the blockchain,  as well as cloud technology and other patent pending software. This has allowed Planet Capital to develop its Next Gen ATM kiosks. 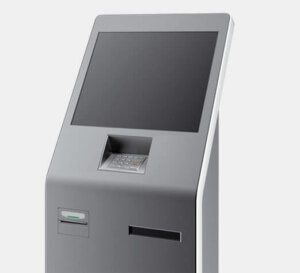 The company’s CTO, Dan Sokol, explains: “Planet’s strategy is to deploy kiosks free of charge, removing the ‘pay wall’ and common financial barriers for many merchants desiring to install service-ready, multi-function ATM’s to meet their clients growing financial, digital and virtual needs within this fast-moving economy.”

Planet Capital believes the new team will boost the company’s ability to innovate in the fintech space. “With an ‘All-Star’ team focused on exploiting our patent pending IP and ‘blockchain’ technology, Planet’s Next Gen ATM kiosks, unique network architecture and state-of-the-art wallet solution will make us a major payments industry disrupter,” CEO A. Lyle Elias said.

Elias, who is also the founder of PAYe Network, added that “Planet’s strategy is geared toward capturing a significant share of the growing global market low cost payments kiosks. Planet will become the global market leader in self-service alternative payments.”