Skip to content
You are at: Home » News » Andreas Antonopoulos "delivers" thousands of Bitcoin donations to Dorian Nakamoto

Dorian Nakamoto, the man Newsweek wrongfully dubbed as the creator of Bitcoin, recorded a message to thank the cryptocurrency community for their generous donations. The initiative, now known as the Dorian Fundraiser, was organized by Andreas M. Antonopoulos, Blockchain.info’s chief security officer.

Antonopoulos published the message on YouTube. Although he does not speak during the video, he stated he is on it “so that people know I fulfilled my obligations under the rules of the fundraiser, exactly as promised”. 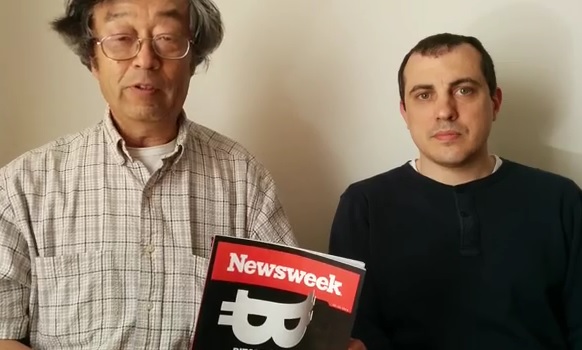 Nakamoto can be seen holding the Newsweek edition that caused all the controversy. Back in April, the first Newsweek number launched within the publication’s second release announced that a 64-year-old man living in California, in the United States, was the “father” of the world’s most famous cryptocurrency. The story was quickly denied by Nakamoto himself, who then kicked-off a legal battle against the journalist Leah McGrath Goodman and the magazine.

In the meantime, Antonopoulos challenged the Bitcoin community to donate digital funds in order to support Nakamoto’s legal fight. “Thank you very much for your support throughout this ordeal that I’m still fighting”, the man says on the video.

Dorian claimed once again he is not the creator of Bitcoin. “Of course, if I was Satoshi Nakamoto I would never use my real name, so from that point of view I’m sure you guys would know that Satoshi Nakamoto is not me, but Leah thinks so and Newsweek said so“, he explained.

According to the video, the California resident is now in charge of the Bitcoin wallet originally created by Antonopoulos. The wallet received about 2,000 donations from all over the world. “I am very happy, (…) thank you very much”, Nakamoto said, adding that he will keep his Bitcoin account for “many, many years”.