Skip to content
You are at: Home » News » 5 Remarkable Bitcoin Videos You Should Be Watching

Why it is remarkable

Although not technical in it’s nature, this video gives a pretty basic explanation about what Bitcoin mining is and how it evolved through time. The simple yet attractive animations along with the “gets you in the mood” soundtrack make this an enjoyable 2:37 minutes.

Why it is remarkable

Originally produced by StormCloudsGathering this video was then altered from it’s original state in order to promote Bitcoin. Although not originally intended for this purpose, it makes a remarkable fit to bring out Bitcoin’s message.

#3 – What is Bitcoin for Dummies – A Non Technical Explanation

I’m probably biased since this video was made by 99 Bitcoins, but I think what is different about this video is that it takes a different approach than just saying “digital decentralised currency” and tries to convey the higher values behind Bitcoin of creating a new economy.

This video shows all of us that each amazing new technology has it’s growing pains no matter how innovative it is. By showing us how we reacted to the Internet almost 20 years ago we are faced with these same reactions towards Bitcoin. This video does a remarkable job advocating why “Bitcoin is the Internet of money“.

#1 – How Bitcoin Works Under the Hood

Published on July 2013 by the Curious Inventor this is probably the best Bitcoin video tutorial ever made for people who are just starting to learn about Bitcoin. Although the video is not that short (22:24 minutes) it keeps you engaged by using simple non technical language (most of the time) and easy to understand metaphors, a true masterpiece.

Think there’s a better Bitcoin video out there ? Leave a comment or just shoot me an email. And to conclude this post here’s a funny meme I happened to stumble upon on Reddit.. 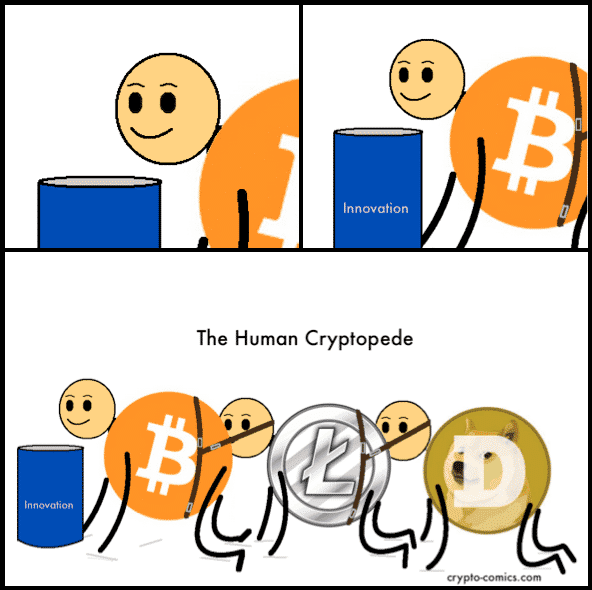