Skip to content
You are at: Home » News » Innovation » 5 Reasons why the “internet of money” will crush centralized finance

The Spanish bank, result of a merge between Banco Bilbao Vizcaya and Argentaria in 1999, released a report titled Blockchain Technology: The Ultimate Disruption in the Financial System, analyzing the creation of an “internet of money” or “internet of finance.” 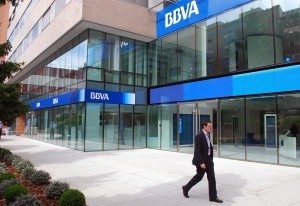 According to BBVA, the first steps have already been taken. “The first levels of disruption seem more likely in the payments space where traditional transactions such as money transfers, credit and debit card payments, remittances, foreign currency and online payments, require an intermediary such as a clearing house or a financial institution. In these cases the transaction would occur directly between the buyer and the seller without any intermediary and the validation of the transaction would happen in a decentralized way or ‘distributed ledger’.”

[tweet_box design=”default”]The idea of a fully decentralized financial system still sounds like a utopia. Or maybe not anymore, thanks to the blockchain.[/tweet_box]

Yet, this is not the breaking innovation allowed by the blockchain. The bank believes “the biggest potential impact of a public ledger may extend beyond the payment system.”

“Given that the majority of financial assets such as bonds, equities, derivatives and loans are already electronic it may be possible that someday the entire system is replaced by a decentralized structure. “

Although the number of supporters is still small, BBVA is now in the same blockchain-powered boat as other major banking names like Deutsche Bank or Barclays. Even the Spanish bank recognizes that “in the financial industry, institutions were slow to recognize the potential of blockchain technology.” However, this group of blockchain supporters made up of some big names has a few good reasons – here described by BBVA – to consider adoption Bitcoin’s core technology.

“The blockchain offers an inherent level of trust for the user, eliminating the need for the middleman and mitigating the risk of human error.”

“In this public ledger, the data is protected against tampering and revision, and individuals cannot replace parts of the blockchain as the cost of doing so is significant – hypothetically one would need to control more than half of the ‘nodes’ to surreptitiously alter the blockchain. This ensures no double-spending.”

“While Bitcoin itself has received a lot of criticism, the blockchain technology is thought to offer great potential, attracting the attention of governments, businesses and venture capital at a rapid pace.” According to BBVA, the blockchain technology could be applied to different aspects of our society, from the music industry to the democratic voting process. “In most cases, these options are thought to offer greater security, speed and reliability at a fraction of the cost of more traditional infrastructures,” the bank claims.

Among other possibilities, BBVA mentions smart contracts and its “self-executing properties that would make the contract ‘unbreakable’.” The bank goes on to talk about recent innovations that “are using tokens to store and trade assets like shares, bonds, cars, houses and commodities. These so-called ‘colored coins’ attach additional information on the asset, generating ‘smart property’ or the ability to record and transact these assets using ‘smart contracts’, which are enforced by complex algorithms, through distributed platforms without a centralized register, thereby increasing efficiency.”

“Dozens of large banks have now invested significant amounts of money in this technology [blockchain]. The attention is likely the result of how disruptive this technology is to the financial sector, particularly if it allows massive simplification of banking processes and significantly reduces costs.” BBVA adds that adopting Bitcoin’s core technology “would result in significant infrastructure savings for banks by allowing them to bypass payment networks that are oftentimes slow, cumbersome, and expensive.”

The reasons vs the challenges

Despite believing in the potential of the blockchain, BBVA also acknowledges that there are a few challenges to overcome before fully commiting to Bitcoin’s innovative ledger technology.

“The likelihood of a decentralized system to become commonplace is not obvious as it would have to offer the same or higher level of trust and protection than the current one.  For this to happen, the system would have to possess a massive amount of computer power and efficiently cope with the enormous energy consumption required to support it,” the bank says. Before considering the implementation of a revolutionary “internet of money”, the world needs a bigger and better “internet of things”.

“The system would have to possess a massive amount of computer power and efficiently cope with the enormous energy consumption required to support it.”

Regulation could also be a problem. According to BBVA, “it is not clear how this system would deal with legal and regulatory concerns, as well as with matters of national security, such as money laundering, fraud, tax evasion or terrorism. Moreover, digital currencies would not be exempt from potential crashes.”

Still, the Spanish bank – like many others – believes all these obstacles can be crushed. “Improvements and modifications in blockchain technology could overcome some of these obstacles and lead to broader acceptance.” This means it is not a matter of how to do it anymore, but a simple matter of when.