Skip to content
You are at: Home » Guides » Guide: 4 Nasty Programs that Will Hijack Your Files for Bitcoins

In the past year Bitcoin started to act as the preferred form of currency to a new type of malicious software. It’s called Ransomware in general and it takes your computer files as hostage until you pay the hacker who created it his ransom.

And it’s evolving, fast…
The first and most notorious form of ransomware requesting Bitcoin was called “CryptoLocker”. It sneaks up to your computer through innocent looking SPAM emails like this one. 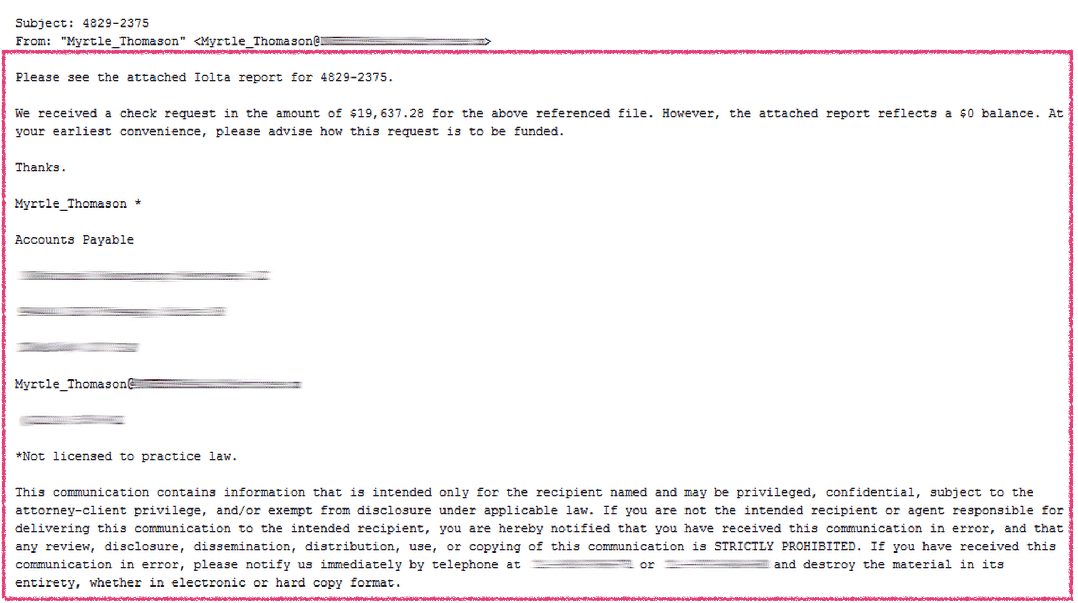 Attached to the email was a ZIP archive containing a small executable  file (a program that runs on a Windows computer, usually ends with “.exe”). To make things even harder to detect the “.exe” file was using a document extension (i.e. “.pdf”) in the filename and displaying an Adobe Reader icon.

If you chose to open the malicious file, it would download and execute Gameover ZeuS, which in turn downloads and installs other malware families including CryptoLocker. CryptoLocker will then go ahead and encrypt your computer files so you won’t have access to them without a specific private key (just like the one used in a Bitcoin wallet).  Of course in order to get the private key, you’ll need to pay.

This is what you’ll see on your computer if you’re infected: 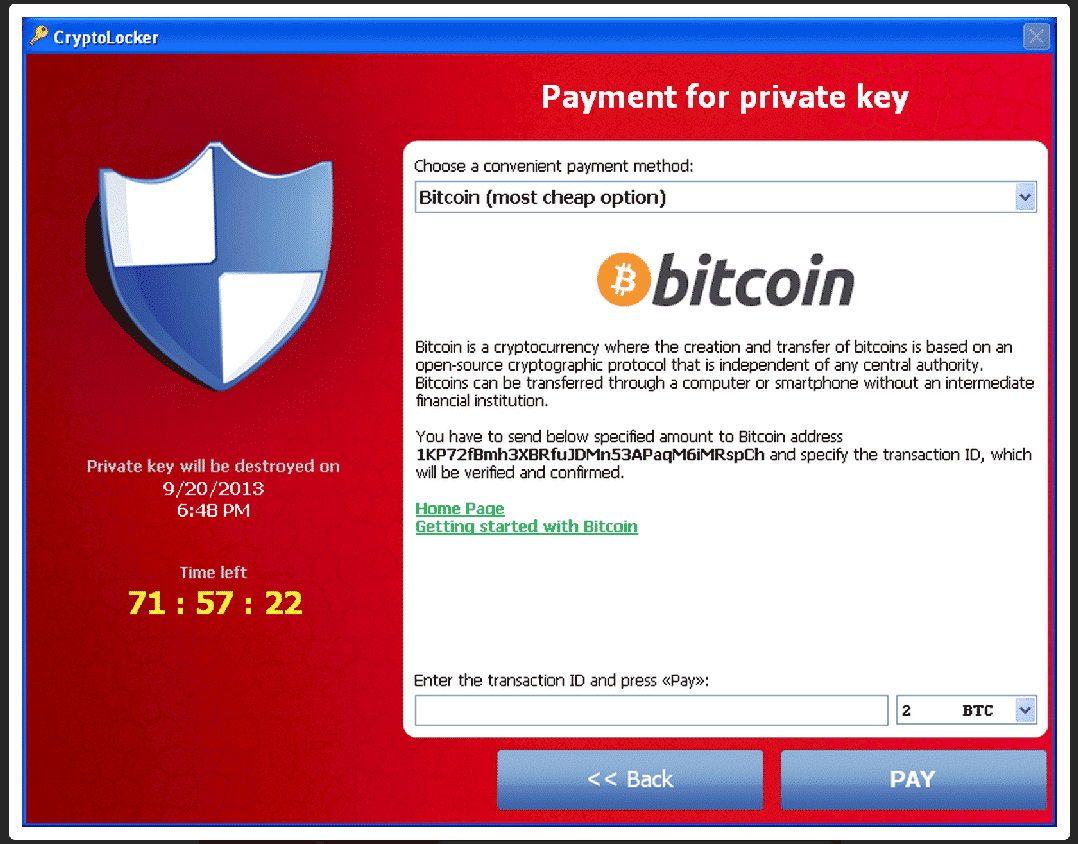 If you didn’t manage to pay the ransom in time you would need to use CryptoLocker’s “decryption service”. Of course, CryptoLocker’s “Decryption Service” is much more expensive than the original ransom.

In the first 100 days CryptoLocker was released almost 500,000 computers got infected. According to Symantec 3% of people agree to pay ransom but additional studies suggest that the number is closer to 1.3%.

One Thesis claims that the creators of CryptoLocker were able to collect 1,216 BTC throughout this time period, making them a profit of several hundred thousand dollars.

CryptoLocker was finally shut down on June 2nd 2014 when several law enforcement agencies took down the network that operates it. Users who were infected were now able to decrypt back their files using a website called DecryptCryptoLocker.

But the story didn’t end there:

Inspired by CryptoLocker, although not related, CryptoWall came to play around February 2014. Even though CryptoWall was less sophisticated than CryptoLocker it managed to infect 625,000 computers – a larger number than its predecessor. 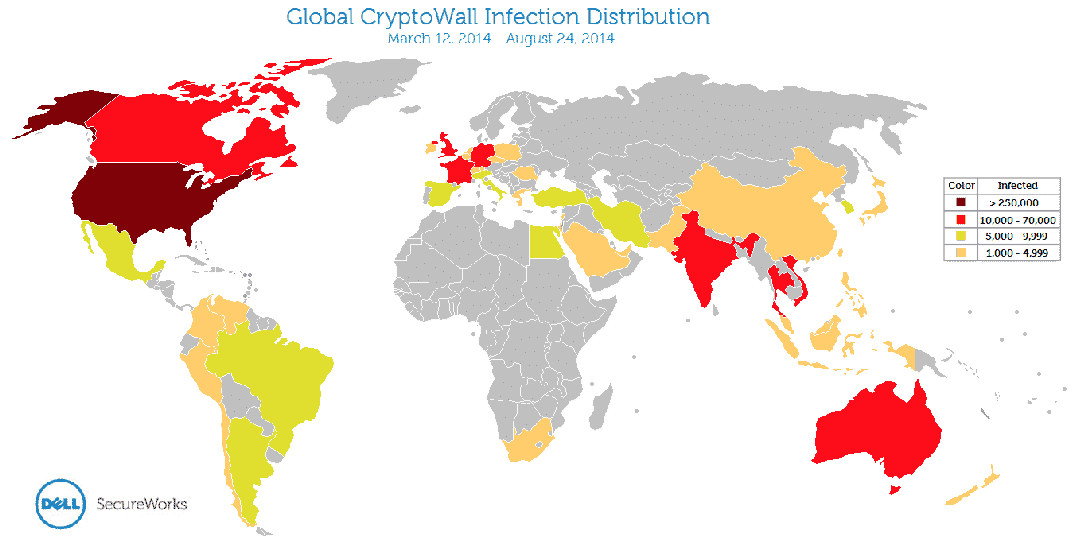 But even though a lot of effort was made to distribute CryptoWall as much as possible the results were a bit disappointing. “Only” 939 BTC were collected from different uses who decided to pay. The ransom varied between $200 and $10,000 (which was paid by only one user). 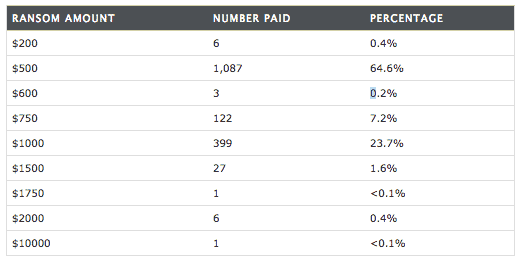 The bad news is that CryptoWall is evolving:

While CryptoWall started out as a CrptoLocker clone, it now has mutated into an CryptoWall 2.0 on January 2015 and to CryptoWall 3.0 on March 2015. Today CryptoWall not only encrypts your files but can also steal information from your computer, including your Bitcoin wallet’s private key. This makes the software much more profitable to its creators by ensuring they will get some form of payment for their work.

In the past few months of 2015 these two major threats have also been reported:

Here’s how a “hijacked” computer with CTB Locker looks like: 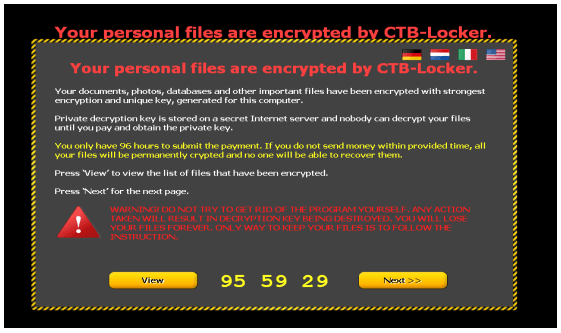 CoinVault – Released on November 2014, this CrpytoGraphic Locker  gives you the option to decrypt one file “on the house”. Meaning, the creators of the software want to give you a taste, or some sort of proof, that they are good for their word. Consider it an act of good faith, like setting one hostage free. 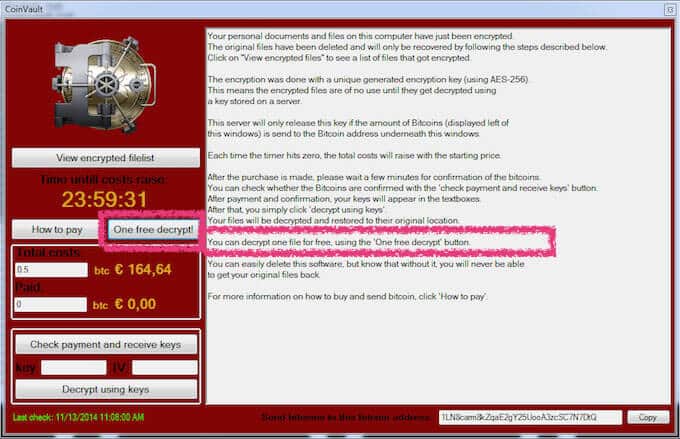 CoinVault has targeted over 20 countries to date, but the Netherland police were able to achieve some of CoinVault’s information. Using this info Kaspersky has set up a  decryptor website  to help fight CoinVault.

But there are good news as well:

There’s something you can do about this increasing phenomenon of CryptoGraphic Lockers .

First of all, the types of ransomeware I’ve mentioned in this post all target different Microsoft Windows versions (from XP up to Windows 10). So if you have a mac and you are using the Mac OS you’re probably safe (probably…).

Second, you should make it a habit to regularly back up your files. This way, even if someone encrypts your data you can always restore the original files without the encryption.  Since connected services like Dropbox may also be infected depending on the case, an offline backup is also suggested.

If you’re going to back up your files you may want to follow the 3-2-1 rule which means:

The next measure to take is pretty simple. Don’t open email attachments that look funny (ok mom?!). This includes emails from people you don’t know and files that you think may be unsafe. It’s been noted that even files that may seem harmless like Powerpoint presentations,Excel sheets and Word documents. can also include an executable file within them.

Make sure to always update your operating system with the latest updates and have a reliable Anti-Virus program installed. Following these steps will probably have you covered in most cases. If you feel you want additional protection you can refer to this guide which supplies advanced steps that can be taken.

Apparently there are also dedicated tools you can install on your computer to prevent these types of ransomeware from showing up like CryptoPrevent and CryptoGuard.

Last but not least, there is a huge resource regarding CoinVault in particular which will give you all of the information you need in case you get infected here.

If you’ve ever had your computer infected with ransomeware I’d love to hear your story in the comment section below.

11 comments on “Guide: 4 Nasty Programs that Will Hijack Your Files for Bitcoins”