Skip to content
You are at: Home » News » 10 Bitcoin myths blown to pieces 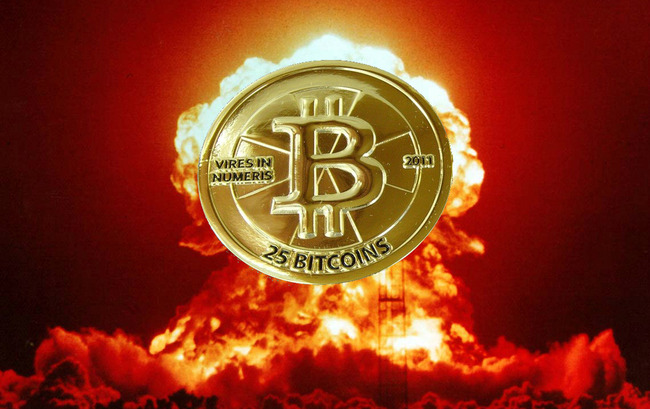 How many things have we heard about Bitcoin that aren’t true so far? A lot! So, we discovered a list of Bitcoin myths that are ready to be destroyed by the mighty virtual truth. Join us in this journey of knowledge through cryptocurrency intricacies.

1. Bitcoins are only used by criminals

Of course, taking into account the recent Liberty Reserve case, this one had to come first. This is certainly not true, as millions of normal people know, since the most dangerous thing they done with Bitcoin so far was to buy Alpaca socks.

Let’s see what Bitcoin user Jason Williams has to say about this: “if you look at the market cap of Bitcoin, that (would be) an awful lot of illicit activities. The Silk Road demonstrates there is a market but, then again, so does the drug dealer on the corner accepting cash”. Another similar opinion joins this one, as Silbert of BitPremier says that “the Bitcoin community wants to adhere to the rules. To paint them with this wide brush of money-laundering anarchists is not fair”.

2. Bitcoins have no intrinsic value

This is a heavily debated theme: if digital currency has any real value outside of their use as a medium of exchange. There are arguments from both sides, but value is determined by supply and demand. We think that pretty much explains the myth itself: Bitcoin will always have value as long as the usage grows.

3. Bitcoin is illegal because it’s not a form of legal tender

To give an example, in the USA, legal tender comprises coins and bills that have been minted and issued by the government. But if this same government classifies Bitcoin as a virtual currency, how can it be illegal? Something virtual cannot be minted! For now, Bitcoin might be lacking some defined legal concepts, but it’s definitely not illegal.

4. Bitcoins are given for free

What can we even say about this?! The only explanations is this: understanding the mining process is not easy, which leads many people to think Bitcoins are given away for free. However, lots of people already know, by now, that cryptocurrency is actually mined by solving a series of complex algorithms. For the ones that still believe in this myth, you can always read this.

What makes people think this is the fact that Bitcoin transactions are anonymous (for now), what doesn’t mean that they aren’t taxed. That always depends on who’s using it: the problem is not Bitcoin, it’s the people.

6. Bitcoin is a Ponzi scheme

Breaking down this myth is like taking candy from a baby. If you think that a Ponzi scheme is a fraud that pays investors returns with money from later investors, you’ll see that’s impossible to do with cryptocurrency. Bitcoin is a peer-to-peer and open-source currency, so there’s no central entity to lead a Ponzi scheme.

7. Point of sale is not possible with Bitcoins

When you’re dealing and buying with Bitcoins, the process of ensuring that coins aren’t spent twice can take upwards of an hour, so the transaction is confirmed. However, most people who spend a lot of Bitcoin in one item don’t mind the waiting. The smaller sales are faster, because the risk is super low.

For once, we will say the word “true” in this article. However, the word “would” is also important, since quantum computers don’t exist yet.

9. Bitcoin has been hacked

Bitcoin has a lot of flaws, that is true, but it hasn’t been hacked so far. This is an important point! The blockchains haven’t been attacked and money wasn’t stolen.

10. No one will generate new blocks after the 21 million bitcoins limit

As you may know, no more Bitcoins can be generated once 21 million coins have been mined, since this cryptocurrency has a limit. However, the network will still need to be secured to provide the ledger of transactions. Sure, the interest in mining will decrease, but miners will still be able to turn a profit from transaction fees.